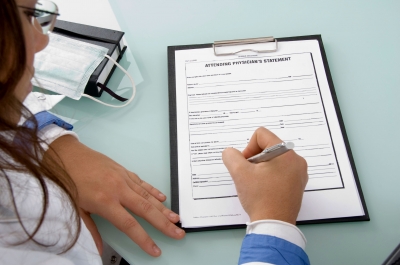 I-Stop is the name of the law this mandate appears in. It was passed in 2012 due to the growing opioid abuse problem in New York. The number of prescriptions issued for controlled substances between 2013 and 2014 was 27 million, which is higher than the number of residents in the state at 20 million. Additionally opioid-related deaths have only risen over this past decade, according to the New York State Health Department.

The intention is that by eliminating paper pads and handwritten prescriptions, less errors and fraud will occur. Patients would no longer be able to modify a doctor’s note before going to a pharmacy. Eric Schneiderman told the Times, that patients used the paper prescriptions like “criminal currency”. According to another part of the I-Stop that was passed in 2013, a digital registry of patients prescriptions was to be created requiring doctors to consult with it before prescribing controlled substances.

So far, only 60 percent of the state’s prescribers were prepared to issue electronic prescriptions as of January.  Some health systems have even asked for more time to comply. Patients will also play a part in this process. In order to comply, they must choose a pharmacy to fill their prescriptions ahead of time. If it turns out that that pharmacy is out of medication, doctors must cancel and then re-issue the prescription.

Ultimately, this mandate is meant to protect patients from opioid addiction. As time goes on will more states pass a similar law?

Could you or a loved one be suffering from Opioid Dependence? Contact Segal Institute today at 1-877-734-2588 to learn more about a Clinical Research Opportunity or see if you qualify at: http://studies.segaltrials.com/request-a-prescreen/