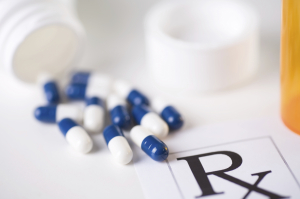 Opioids are a powerful group of drugs, including medications like oxycodone and narcotics such as heroin and codeine. Currently over 2.5 million Americans are addicted to opioids, according to federal estimates. In contrast, less than half receive medication-based treatment to help control these addictions.

A majority of Food and Drug Administration advisers agreed that this implant offers important benefits not currently provided by other methods. The implant is intended to be a safer, more reliable approach to controlling withdrawal symptoms and opioid cravings. The advisers voted 12-5 in favor of the device and the FDA is scheduled to make a formal decision by February  27.

The small implant, named Probuphine, slowly releases a low dosage of buprenorphine over the span of six months. Currently buprenorphine is available as a film that dissolves under the tongue or a pill. This approach is being considered as a safer, more satisfactory alternative to the standard treatment for opioid addicted patients, methadone.

On Tuesday Braeburn executives told panelists the implant could help reduce cases of relapse among chronic drug abusers. Many recovering opioid addicts struggle to stick with their daily medication which increases their risk of returning to illegal drug use.

Despite having concerns about Braeburn’s studies accurately predicting Probuphine’s success due to some research shortcomings, most panelists were moved by an FDA analysis that showed Probuphine to be at least as effective as older treatments in avoiding relapse.

This is much progress for Probuphine, seeing that the FDA rejected it in April 2012. This was due to their judgement of the drug’s dosage being too low to be dependable to help a wide range of patients with opioid addiction.

On the other hand the complex surgery needed to insert and remove the match-stick like implants also raises concerns. They are inserted under the skin of the patient’s arm and can cause bleeding and infections. The Probuphine implant causes this more frequently than contraceptive drugs that use similar technology, according to FDA review.

“The few, current options are not enough to address the tremendous needs of the vast population dealing with this complex disease,” said Braeburn CEO Behshad Sheldon on Tuesday as he also stated the company aims to train 1,500 physicians to perform the Probuphine implant procedure in the first six weeks after the launch. Braeburn licensed the U.S. rights to Probuphine from the implant’s original developer, Titan Pharmaceuticals.

Do you or a loved one suffer from Opioid Addiction?  See if you qualify for Segal’s clinical research study today!