Stimulant Medication Has Psychotic Side Effect on Children with ADHD 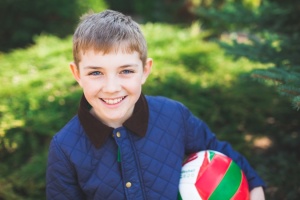 Psychotic side effects may be more likely due to stimulant medication such as those used to for the first-line of treatment for ADHD. New research suggests, young ADHD patients who have a parent with a history of serious mental illness, are at a higher risk to experience these, which were once thought to be rare, negative effects.

A recent study (141 children and young adults aged 6 to 21), resulted in nearly two-thirds of those prescribed stimulant medications having psychotic side effects such as side delusions, hallucinations, and hearing voices. In comparison, the study found that psychotic effects affected over one-quarter of those who had not taken a stimulant drug. Study lead author, Dr. Rudolf Uher, associate professor and Canada research chair in early intervention in the department of psychiatry at Dalhousie University, said the medication can be “extremely helpful, including in kids with a family history of mental illness. So this should in no way mean that we should stop using stimulants.”

Doctors have long known that these meds could cause psychotic symptoms, but not at this quantity. “No one suspected that these side effects could be so common. What it means is that docs need to ask kids about unusual experiences. They do not tell you unless you ask,” Uher explained. “And then, make decisions on risk-benefit balance.”

In the United States, ADHD affects between 5 percent and 10 percent of school-aged kids. For this study, parents and children participated in psychiatrist-led mental health screenings and pharmacy records confirmed whether stimulant medications had been prescribed for the children. All of the children who participated had a least one parent with a history of a psychiatric disorder, and almost 25 percent of them were diagnosed with ADHD. About 17 percent of all the children were prescribed stimulant medications, such as Dexedrine (dextroamphetamine), Ritalin (methylphenidate), or Vyvanse (lisdexamfetamine). These medications are known to hinder inattention, impulsivity, and hyperactivity associated with ADHD.

Upon the findings that the rate of stimulants associated with psychotic events were higher than in previous research, investigators suggested that the risk for psychotic side effects should not be considered rare. Though further research will be conducted, they advised doctors to carefully monitor children and teens taking these meds. According to Dr. Andrew Adesman, chief of developmental and behavioral pediatrics at Cohen Children’s Medical Center in New Hyde Park, N.Y., “Pediatricians who care for children who have one or more parents with mental illness should be vigilant for the development of psychotic symptoms in these children, especially if stimulant medications are being prescribed.

Does your child have ADHD? See if you qualify for Segal’s clinical research study today!