Signs of Alzheimer’s May Appear up to 18 Years Before Diagnosis, Study Finds 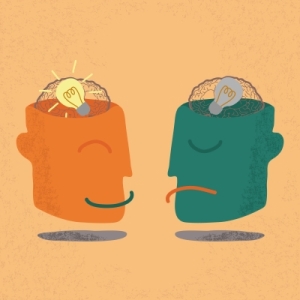 A large new study has found that memory troubles associated with Alzheimer’s disease may start to appear up to 18 years before an official diagnosis.

Researchers tracked 2,125 people with a median age of 73 for 18 years. Every three years they administered a cognitive and memory test. None of the patients was diagnosed with Alzheimer’s at the beginning of the study.

The researchers found that 23% of the American-American and 17% of European-American participants developed Alzheimer’s. According to their analysis, the people who received the worst scores on cognitive tests at the beginning of the study were 10 times more likely to develop Alzheimer’s by the end.

“The changes in thinking and memory that precede obvious symptoms of Alzheimer’s disease begin decades before,” said study author Dr. Kumar B. Rajan. “While we cannot currently detect such changes in individuals at risk, we were able to observe them among a group of individuals who eventually developed dementia due to Alzheimer’s.”

The period in which this correlation was strongest was 13 to 18 years before the end of the study. In those years, every unit of lower cognitive performance corresponded to an 85% greater chance of being diagnosed with Alzhiemer’s.

Do you or someone you have suffer from Alzheimer’s disease? See if you qualify for Segal Institute’s clinical research study on Alzheimer’s today!