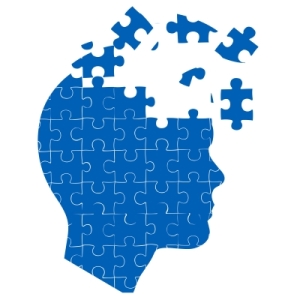 According to a recent study, having damaged white matter in the brain may be an early indicator of Alzheimer’s disease (AD).

The researchers examined the brains of 53 Alzheimer’s patients with an MRI technique called diffusion tensor imaging (DTI). Some of these patients had less common forms of Alzheimer’s that can trigger difficulties with vision and speech. Some had early-onset Alzheimer’s.

In addition to gray matter damage, the brain scans demonstrated significant harm to the patients’ white matter. This may support the hypothesis that Alzheimer’s moves through white matter fibers to reach new areas of the brain.

“Alzheimer’s is a gray matter disease. However, white matter damage has a central role in how the disease strikes and progresses,” explained co-author Dr. Federica Agosta. “The white matter damage in patients with focal AD syndromes was much more severe and widespread than expected.”

The study’s findings may allow doctors to diagnose Alzheimer’s earlier, especially when it has an early onset. “In early onset AD and atypical AD forms, white degeneration may be an early marker that precedes gray matter atrophy,” Agosta said. If scientists can spot white matter damage early on, they can get patients into treatment faster.

Do you or someone you love have Alzheimer’s disease? See if you qualify for Segal Institute’s clinical research study on Alzheimer’s today!