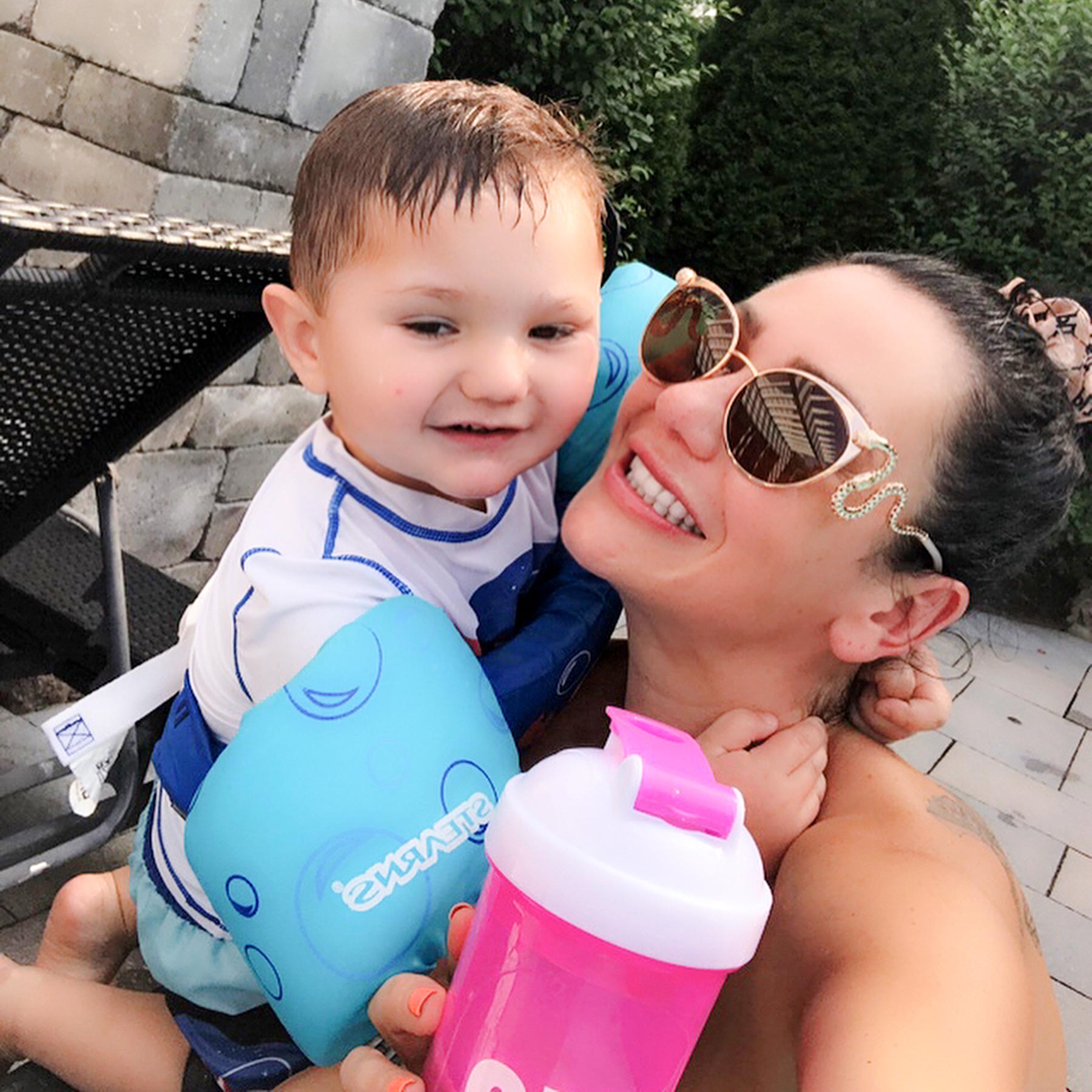 Jenni “JWoww” Farley is optimistic about her son’s future.

In a recent interview with Hollywood Life where she revealed that her 2½-year-old younger child Greyson Valor has been diagnosed with autism, the reality star also went into detail about how she is planning to assist in her son’s continual “positive, positive” progress.

“He has co-therapies [every] week but we’re going to step it up a notch soon and get him ABA treatments, speech therapy,” said Farley, 32, raving about how Greyson has “made leaps and bounds when it comes to speech.”

“He’s understanding words better which was his issue,” she said. “Not that he couldn’t speak, but he would never know what his shoe is or if you said, ‘Greyson,’ he actually didn’t even know his name at one point until he was a little over 2,” she explained. “So now that he’s understanding simple words, he’s come so far.”

“He only did ‘blue’ for a year and within the last two weeks he knows green, yellow, red, white and he’s [doing sign language] so much more,” continued the Jersey Shore: Family Vacation star. “I’m like a proud mom over here.”

Want all the latest pregnancy and birth announcements, plus celebrity mom blogs? Click here to get those and more in the PEOPLE Parents newsletter.

RELATED: Roger Mathews Says “We All Have Adversities in Our Lives” After JWoww Reveals Son’s Diagnosis

Farley — who also shares 4-year-old daughter Meilani Alexandra with estranged husband Roger Mathews — divulged that she has felt “frustrated” in the past due to others’ preconceived notions about Greyson.

“The only thing that frustrated me is there was only one sign shown where he didn’t speak and a lot of people would be like, ‘Oh, his sister’s speaking for him,’ or, ‘He had nothing to say,’ ” she told Hollywood Life.

“It was really heartbreaking and frustrating as a mom when you see other 2-year-olds that are speaking and living their best life,” she added toHollywood Life, clarifying to the contrary, “Greyson is living his best life. He just doesn’t know what you are saying!”

Jenni “JWoww” Farley and Roger Mathews with their children
MTV

Farley is advocating for her children’s health in her own way, too — by being inspired to create her own skincare line after seeing a difference in her daughter following the use of a more natural product.

“I started realizing that Meilani was getting these flareups — she has the most beautiful skin in the world and it would be frustrating to her and myself so I started doing at-home eczema treatments with all-natural essential oils,” she told Hollywood Life.

“Then I traveled to France over a year ago to study lavender and calming agents and skin agents and that was around the time that Greyson started having developmental delays where he has sensitive skin as well but he can’t tell me, ‘Oh this hurts,’ where Meilani would be like, ‘Dude, this itches! You can’t put this on me!’ ” Farley added.

“But then parents started asking me and so I started making this a thing,” the mother of two recalled. “It was over two years ago I started it but it was when I went to France where I said, ‘I’m going to make this and it’s going to be Naturally Woww!’“