Clinical Research as a Care Option 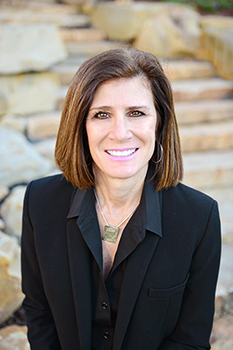 Many people don’t realize that clinical research is a viable care option — Jennifer Byrne is on a mission to change that.

My First Exposure to Clinical Research

I went to high school in the Houston area, and during my senior year in high school, I was on the student council. There was a boy in our class — quiet, not well involved — and although I knew him, I couldn’t say that I was friends with him. It turned out that he hadn’t been involved in sports or in extracurriculars because he was sick. He had cancer.

As a member of the student council, I was basically a school delegate. I went and spoke to him at the hospital and delivered a get well soon card on behalf of the school.

Jennifer Byrne is an advocate for clinical research as a care option.

What I didn’t know, and I don’t think any of us did, is that he was considered terminal. When I went to see him, his prognosis was dire — doctors had given him another two to three weeks to live — but I didn’t know any of this.

My mom learned this information as she sat out in the waiting room talking with his mother. I went in and talked to him. It was sort of awkward because I didn’t really have a relationship with him before. But I let him know that classmates were thinking of him. He told me that his mother had been really upset and that he was glad to have another visitor.

He told me that some people had said that he was not going to make it through this. He had advanced brain cancer, and it had spread throughout his entire body. But he told me, “They just started me on this research.” I didn’t even know that he was talking about a clinical trial. I was 17 years old at the time and had never been exposed to clinical research. He said, “They put me in this research program. I just have a feeling that I’m going to come through this.”

He did. It truly was a miracle. I recently saw him at my 35th high school reunion — he married the love of his life and is the father of two kids.

Clinical Research as a Professional

I entered college with the aspiration of becoming a doctor, to help people and help make the world a better place. However, as I neared graduation from Texas A&M, I realized that medical school was out of my reach given my less-than-optimal GPA. So, I set out for Plan B, which was to find a job. As I began my search, a friend of a friend told me about a clinical research coordinator (CRC) position with a local allergy and asthma practice. I had absolutely no idea what the job entailed, only that I would be working with pharmaceutical companies, doctors, and patients (in that order). In a short matter of time, I connected the dots back to my high school friend. I quickly realized that I would be helping to advance science and I wouldn’t be alone — I’d be introducing the clinical research experience to participants, collaborating with other healthcare professionals, and working with life science companies — all with a goal of trying to advance health and well being.

Clinical Research as a Care Option: The Evolution

As I mentioned earlier, my career began as a clinical research coordinator in a private practice setting, in the mid ‘80s. The process of identifying prospective patient volunteers was cumbersome and we were dependent on physicians to know their patients’ medical histories well enough while having the staff bandwidth to do a lot of leg work to match the right patient to the right trial. Although challenging, I found that connecting a volunteer to an actual clinical trial was among the most rewarding aspects of my job.

By the late ‘80s, wholly dedicated research sites — set apart from private practice and academic medical centers — emerged with a movement to professionalize clinical research sites. In short order, the industry experienced significant growth in the standalone clinical research site model. That growth also extended to dedicated patient recruitment firms that evolved apart from the traditional physician practice; these firms began to generate newspaper, radio, and television advertising for trials. Looking back, I believe that this movement helped to disconnect much of the mainstream healthcare community from the clinical trials world.

By 2014, as I was leading one of the largest site networks in the United States, we became frustrated by the challenges of expanding patient access to trials. Specifically:

None of these issues were unique to our organization. One day, we were commiserating about the trials and tribulations of the clinical research enterprise with one of our leading physician investigators. He said it was his strong belief that patients enrolled in clinical trials had improved outcomes, the cost of care was reduced, and that clinical trial patients were generally amongst the most happy and satisfied patients within his practice. We realized we needed to reframe the total value proposition of clinical research.

We brought together a roundtable to discuss these insights — an outside healthcare data expert, physicians, healthcare administrators, industry leaders — about 10 people sitting at the table with fairly broad backgrounds. We took a deep dive into discussing some of the root cause issues and barriers that we had in advancing research within the practice setting. That was the beginning of the movement: clinical research as a care option (#CRAACO).

I thought it was notable that we all came together from different backgrounds; a notable advantage was that some of the participants weren’t clinical research professionals. It gave us the opportunity for people to ask some important questions. A physician noted, “I just don’t get why my colleagues are not more interested in research because here are all the benefits.” Someone else at the table asked, “Well, do you have data on the benefits?” Coming out of that meeting, we knew that it wasn’t about just sharing anecdotal stories; we needed to start looking into the data. At that time, we found that there was very little published data about clinical research augmenting clinical care, and it became clear that this was a call to action.

What the Data Told Us

Within a year, we had identified key data sources and we were able to look across portfolios of trials and a couple of key therapeutic areas. We found that data did in fact support the hypothesis of clinical research as a care option based on:

These are key issues for hospitals, administrators, and physicians, especially as we shift toward outcome-based reimbursement models. When you think about it, it makes sense. Consider research participants who have diabetes, for example. Through clinical trial participation, those patients are interacting with a healthcare provider, they are getting more education about their disease, and they are understanding the importance of compliance from a physical and economic standpoint. This translates to huge value to individuals and to the healthcare system, and as a result, clinical trials become more relevant.

For clinical research to become an integrated option within mainstream healthcare, a few things need to happen. First, from an economic standpoint, I believe we need to re-evaluate the current financial model; the pharmaceutical industry offers a fee-for-service model for research that does not translate well or easily within large healthcare systems. Many progressive healthcare systems have compensation models in place for physicians that are based on outcomes, not fee for service. Another factor is education. We have to educate the healthcare community on the potential benefits of research as a care option before taking it directly to patients.

We also need to harness technology — we have to bring together more integrated solutions that are “patient-up” instead of “pharma-down.” It goes back to a concept that I mentioned earlier: matching the right patient to the right provider to the right trial at the right time. In a recently published national survey,1,000 Americans were polled about their views on clinical trials and research. The vast majority of people, 86%, said that clinical trial discussions should be a part of standard care. People want someone they trust (their physician) to bring research opportunities forward to them as something they might consider.

Recently, a seasoned principal investigator said to me, “I just wonder if I made a mistake.” He said he had a good friend who attended medical school, but the friend pursued a career in public health. The investigator went on to comment, “when I look at the impact that he’s making, he’s making an impact on millions of people because he’s involved in policy. I’m just making an impact one patient at a time.” I told him that there is not one approach that’s better or worse — we need to be mindful of each individual patient while also addressing solutions for the greater good.