Black communities aren’t getting the mental health care they need. I’m helping to break the silence. 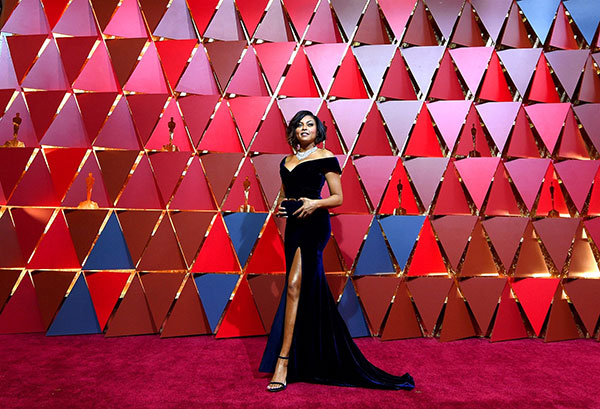 By Taraji P. Henson
People in the African-American community have long been afraid to talk about our mental health; we just don’t do it. We’re told to pray it away, we’re told to be strong, we’re told it’s a sign of weakness or, a lot of times, mental health issues comes off as “rage” and is dismissed or ignored. There’s shame and taboo around the topic.

We have to break that silence.

What made me comfortable with talking about it was that my father had issues with mental illness, and he was very vocal about it. So I never thought there was something “wrong” with either having mental health challenges or talking about it. But then, when I grew up and had my own hardships — my own traumas — and it was time to deal with them head on, there was an issue: I couldn’t easily find a therapist who really understood my challenges as an African-American.

Because mental health isn’t talked about in our community, people don’t seek it out as a career option. So we don’t have a lot of therapists out there, and those who are practicing are not easy to find. I want to change that.

Beyond that, in terms of looking for a therapist, it’s not even about color or culture, but about a therapist being culturally competent. Cultural competence means knowing, understanding and honoring the history of someone. For instance, you might not know exactly what it is like to live in a crack-infested neighborhood, but you do need to understand what that does to a family structure. If you come from a biased place, if you blame any systemic issues that are happening to a culture on the individual, you won’t be able to guide them properly. And I can’t feel safe expressing myself to a therapist if I don’t feel like she understands my background and my struggle. I can’t trust him with this weight that I’m carrying if I know he can’t help me address it.

So, when it came time for me to look for a therapist for myself and my son, it was like looking for a purple unicorn.

My foundation, the Boris Lawrence Henson Foundation, was born out of that need that I discovered, because I realized there were so many people I can help. The director of the foundation did the research and found the statistics: One in five Americans has mental illness, but African-Americans are the least likely to seek treatment, and have a long history of being misdiagnosed.

In addition to trying to combat the stigma against mental health care in African-American communities, we have three major goals. One is to get more therapists and mental health programs in urban schools: We need professionals in the school systems to recognize when kids are coming from traumatic experiences and how that impacts their ability to learn.

For instance, when I was a substitute teacher for children with disabilities, the first time I went to Compton, I pulled up to the school, and the kids were coming up to me, pointing to bullet holes in the school, and saying, “Ms. Henson, look, it was a shootout last night.” That’s not normal, but they were expected to go to school in that environment like it was nothing, with no counselors, no support.

And then, I was put in a class with these young boys, all African-American, who were telling me that they “can’t learn” because…Read More.