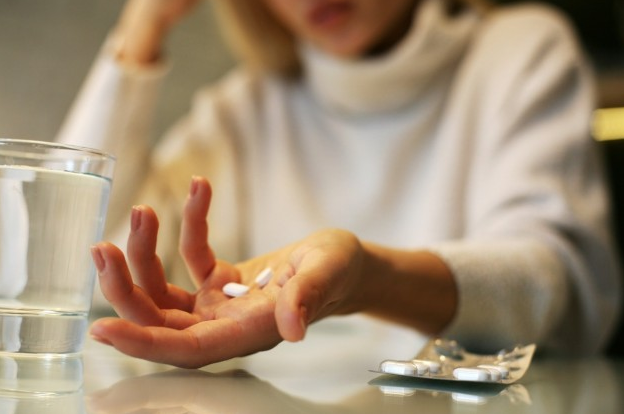 Major depressive disorder (MDD) afflicts more than 250 million people worldwide and is the most common source of disability for Americans. In addition to counseling and talk therapy, there is a veritable alphabet soup of medications, from amitriptyline to venlafaxine, currently prescribed to treat MDD. Each class of antidepressant acts on an individual or combination of receptors and enzymes in order to adjust the levels of neurotransmitters. However, for various reasons, the currently available antidepressant drugs are not effective for up to 70 percent of patients. In fact, MDD refractory to current medical therapy is one of the primary reasons depression is a leading public health issue in America, which has lead to a continued interest in novel pharmaceuticals aimed at better treating this disorder.

The company Allergen is currently testing a compound, rapastinel, which acts via a novel mechanism involving the NMDA receptor. The NMDA receptor is better known for its role in memory development and neural synaptic plasticity, but it has also been shown to be a promising target for treating MDD. So far, rapastinel has shown fast and promising results in a group of patients who had not benefited from traditional antidepressants. In a phase II clinical trial, just one dose of rapastinel induced reductions in patients’ standardized scores of depression within 24 hours, with the results lasting up to a week. Compared to traditional antidepressants, which generally take effect over the course of four to six weeks, rapastinel was able to achieve a nearly twofold improvement in patients’ reported mood within one day, without adverse side effects.

Ketamine is another surprising agent that appears to alleviate depression. In clinical studies, ketamine improved mood within minutes to hours — again, significantly faster than the time of onset for common antidepressants. In addition, for some participants, ketamine’s effects on mood lasted over a week post-administration of a single dose. However, ketamine has an increased risk for abuse due to its dissociative, sedative and often addictive side effects. For this reason, one of ketamine’s metabolites, a structurally related form called hydroxynorketamine, is currently being tested in mice and has been found to positively affect mood in the absence of the adverse effects elicited by ketamine.

In addition, another compound (CPG3466B), similar in molecular composition to ketamine, also resulted in positive results in mice subjected to two standardized tests of depression symptoms within a few hours’ onset. Although additional studies will be required to determine the compounds’ efficacy in humans, the ability to remove the negative and addictive aspects of ketamine in animal models is a huge step toward making the drug a less risky alternative to antidepressants already on the market.

Did You Know Compared to traditional antidepressants … rapastinel was able to achieve a nearly twofold improvement in patients’ reported mood within one day, without adverse side effects.While there are several novel drugs in the pipeline of animal clinical trials, recent studies have also determined the benefits of new, less traditional therapies for human patients with depression and other mental illnesses. In a joint study involving Johns Hopkins and New York University, 80 cancer patients were given synthetic psilocybin, a hallucinogenic agent typically found in “magic mushrooms.” Two-thirds of the participants felt their moods lifted and their depression and anxiety symptoms subsiding after taking psilocybin. Based on these promising results, researchers are continuing to look into psilocybin as a potential therapeutic option for a variety of disorders and illnesses, but they stress that the dosing and administration will need to be closely supervised by a medical professional in a health care setting.

It is both promising and exciting to see how quickly the fields of neuroscience and medicine have moved to investigate and develop diverse, less traditional therapeutic avenues for patients suffering from debilitating depression. Given the prevalence and severity of MDD and its significant burden on both individual and public health, any positive result from a new therapy is a new hope on the horizon.

If you or someone you love is living with depression, consider learning more about Segal’s clinical study opportunities. Fill out the prescreen form below or call (877) 734-2588 for more information.