On Having A Child With Tourette Syndrome 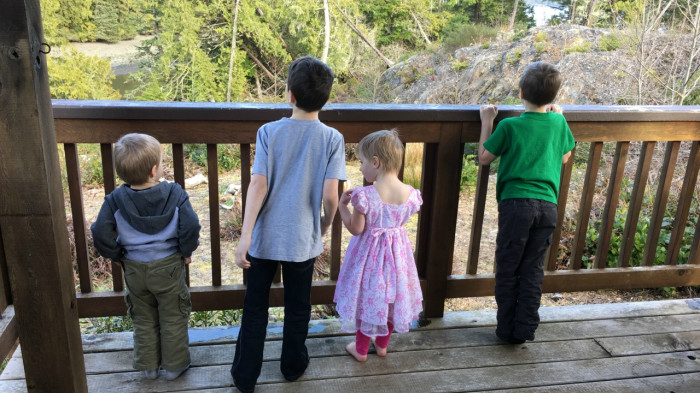 My son has Tourette syndrome.

Tourette syndrome is a neurological disorder characterized by vocal and motor tics. It is often diagnosed in childhood, and despite popular belief, it does not always include the shouting of coarse language (coprolalia). Some children who have Tourette’s also exhibit signs of obsessive-compulsive disorder (OCD), attention-deficit hyperactivity disorder (ADHD), or have impulse-control difficulties.

My son is smart, caring, funny, witty, friendly, charismatic, and an all-around wonderful 8-year-old boy who just happens to grimace, flick his head, scrunch his shoulders, clear his throat, and make “fart” noises all the time. He also has impulse-control issues, which means that he can be destructive or behave otherwise inappropriately.

Honestly, my son’s Tourette’s is not at all bad, but that doesn’t stop us from getting disapproving glares or openly curious stares from people when we’re out in public.

I hope that sharing my son’s story will help others better understand Tourette’s and encourage people to reach out to those they know that have it. I would also like to think that another parent will read this, and either feel comforted that they’re not alone on their journey or perhaps realize that this might be a reason why their child is twitching too.

It began with a “100-day cough” that lasted one year. When my son was 2, the doctor’s diagnosis changed to a “post-nasal drip”. After 1 ½ to 2 years of chronic coughing and throat-clearing, we became concerned that our son had asthma. We took him for testing, and he was diagnosed with “bronchial spasms.”

We All Know At Least One Of These Moms

At the age of 3, my son begged to go to school, so we enrolled him in junior kindergarten. After a month, we were taken aside by the teachers who told us they thought our son had a learning disability because he was making “disruptive noises” in class and had difficulty focusing during certain activities. I lamely explained that my son had bronchial spasms and assured them that I would keep a close eye on him at home.

Not long after that, my son began to have really “hard” blinks. We saw an optometrist and were told that he had dry eyes, so we started putting drops in them. It didn’t stop the blinking, but we continued anyway, hoping that it would make him feel better over time.

Soon kindergarten rolled around, and my son’s disruptive behavior was brought up again. It escalated to the point where the teacher said that she was getting the school psychologist to have a meeting with him, and he was being discussed in the teachers’ meetings, as she didn’t know how to get him to stop interrupting the class. It was during that year that we began to notice another change with him: He started to stretch his mouth wide open frequently while reading. I asked him why he was doing it, but he just replied, “I can’t help it.” This concerned …Read More.