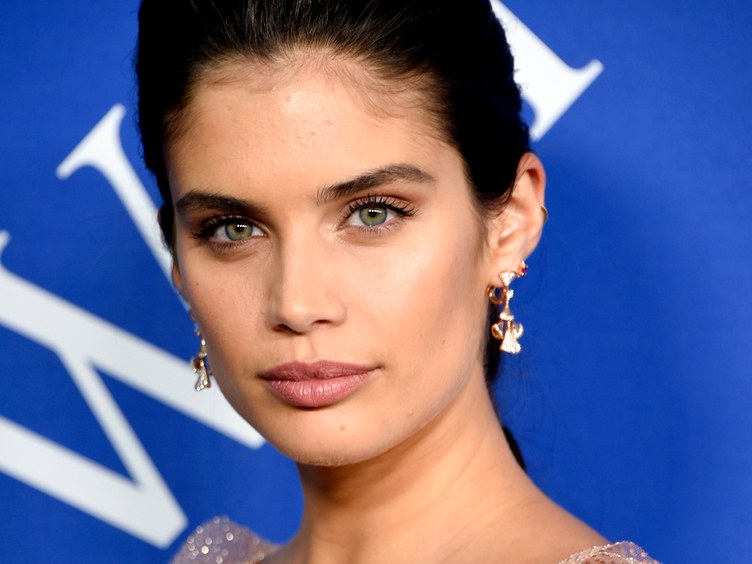 Earlier this month, Instagram launched its new “Questions” feature, allowing users to carry out deeper Q&As than are possible using the simpler “Polls” feature. So much deeper, in fact, that when Victoria’s Secret model Sara Sampaio was recently asked a benign question about her eyebrow maintenance, she gave an honest answer about her trichotillomania and detailed her experiences with the disorder, Stylecaster reports.

Last Friday, Sampaio called for questions from her followers since she was “stuck in traffic,” according to screenshots of her Instagram Story captured and reposted by fans.

In response to a question about her brows, Sampaio wrote, “Unfortunately I suffer from trichotillomania and I pull on them!”

“so I have lots of gaps in them, I just use a eyebrow pencil to fill out the gaps!” she said. After apparently receiving an influx of messages from her followers who have also experienced the disorder, Sampaio wrote that she wanted to “talk a little about it.”

Sampaio continued, “Mine started when I was around 15yo! It started with me pulling on my eyelashes and almost quick after it went to me pulling in my eyebrow hair! I no longer pull on my eyelashes and have been pulling on my eyebrows ever since! The episodes are worse under a lot of stress or when I’m not doing anything like watching tv or reading a book!”

Sampaio went on to describe her experience with an impulse-fighting supplement prescribed to her by a doctor, before noting, “Please [before] trying anything talk to your doctor before! But this is my experience! I’m not [ashamed] of it, it’s a part of me.”

She added, “Also i do understand that luckily I have quite the mild form of trichotillomania. Some people pull big chunks of their [actual] hair that could form big patches of no hair on their heads! So always be kind to people, don’t judge. This is [psychological] disorder that people can’t just simply stop! But being understanding and kind goes a long way!”

Trichotillomania is characterized by “a long term urge that results in the pulling out of one’s hair,” as Sampaio explained.

According to the Mayo Clinic, the disorder, which is currently classified by the DSM-5 under obsessive-compulsive and related disorders, may also manifest in other uncontrollable habits like picking at skin, biting nails, or chewing lips, and can be triggered by both negative, stress-related emotions and more positive, satisfying ones.

As SELF wrote previously, the “gold standard” treatment for the disorder is a specialized type of cognitive behavioral therapy known as habit reversal training. But other tactics, like using an app to track your urges and progress or finding a support group of people who understand what it’s like, can help day to day.