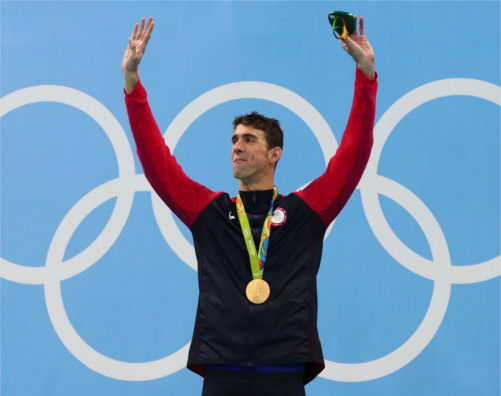 Roughly one in five American adults suffer from mental illnesses. Athletes might be more at risk. Here, eight of them tell their authentic stories.

The first time Imani Boyette tried to kill herself she was 10.

“The worst pain in the world is waking up and knowing you can’t even kill yourself, that it’s not in your control,” she says. “What people don’t realize about suicide is that it’s like you’re brainwashed. None of my attempts made sense, but it feels like the perfect answer to make the pain stop in the moment. You think it will all be better if you can just disappear.”

Boyette, 22, is a center for the WNBA’s Atlanta Dream. She suffers from clinically diagnosed severe depression that she attributes to a combination of circumstance (she was raped as a child by a family member) and happenstance (her biological makeup).

That’s why Boyette is telling her story. She wants to be the role model she wishes she’d had in her darkest hours, not that it’s easy to do.

Mardy Fish was ready to play Roger Federer in the fourth round of the 2012 U.S. Open when he mysteriously withdrew from one of the biggest matches of his life for “health reasons,” as his handlers said at the time. It was for severe anxiety disorder, which over time had led Fish to panic attacks, sleepless nights and days barricaded inside his home.

Fish, 35, once the top-ranked American tennis player and now retired from the sport, says he no longer sees his anxiety as the enemy.

“It’s OK not to be OK,” he says. “To show weakness, we’re told in sports, is to deserve shame. But showing weakness, addressing your mental health, is strength.”

Rick Ankiel was on the mound for the St. Louis Cardinals against the Atlanta Braves in Game 1 of the 2000 National League Division Series when he found he couldn’t do what had always come so naturally. Ankiel, the pitcher, couldn’t pitch anymore.

He threw five wild pitches in an inning; no major leaguer had done that since 1890. More starts produced more wild pitches. He was never the same.

“For anyone who hasn’t had it happen to them, they don’t understand how deep and how dark it is,” he says. “It consumes you. It’s not just on the field. It never goes away. … It’s this ongoing battle with your own brain. You know what you want to do — in your heart. But your body and brain won’t let you do it.”

Ankiel would eventually have to give up his pitching career. Remarkably, he would come back years later as an outfielder. He is one of two players in major league history who have started a postseason game as a pitcher and hit a home run in the postseason as a position player. (The other? Some fellow by the name of Babe Ruth.)

Royce White left the NBA three years ago amid demands for a better mental health initiative from the league. Today, playing basketball in Canada, he speaks bluntly about mental illness and salts his conversation with colorful metaphors and off-color language.

“It’s not about the NBA,” he says. “If (expletive) WalMart didn’t have a (reasonable mental health) policy, I would have done the same thing there, too.”

“It’s been painted as me wanting special treatment because of anxiety,” White says. “No, I’m saying I need the same type of support as anyone who is struggling. Call it whatever the hell you want to call it. There are specific injury doctors for players” with bum knees and sprained ankles.

“It’s not about me in the NBA,” White says. “You hear all the time about mental health stigma and people being ashamed. Well, there are people across the country who need help, say they need help, and aren’t getting it. We should be talking about them, too.

Swimmer Allison Schmitt executed a flip turn, as she’d done many thousands of times before, as she competed in an event in Austin, Texas, in 2015. And then, out of nowhere, midway through the 400-meter freestyle, she quit.

Schmitt had contemplated suicide herself. She’d thought about driving off the road on a snowy night to make it appear as accident.

Michael Phelps approached her on the pool deck after she quit on that 400 free. Bob Bowman, who coached them both, also arrived. And Schmitt’s pain soon came pouring out — the tears, the sadness, the emptiness. Schmitt says she began seeing a psychologist soon after. Therapy, she says, “makes training for the Olympics seem easy.”

“Depression is something that’s in you,” she says. “It’s not wanting to get out of bed, continuously feeling sad and down on yourself. It’s not wanting to exist, sometimes. There’s no on-and-off light switch. When I hear coaches, athletes telling people to ‘snap’ out of it, it makes me mad. Because you could be pushing them down that dark hole further.”

Brandon Marshall remembers a group therapy session when he noticed the scars on the wrists of the woman sitting next to him. “I was just like, damn, this (expletive) is real,” Marshall says. “Here I am, this big macho football player, and these people were fighting for their lives. That was when I truly realized what being tough meant.

“I realized that someone needs to stand up for these people. This has become my purpose on this planet. Football is just my platform.”

This was during Marshall’s three-month stay in 2011 at McLean Hospital, a psychiatric hospital and affiliate of Harvard Medical School, where he was diagnosed with borderline personality disorder. That was the first time he had a name for the illness that had led him to run-ins with the law and light-switch behavior he never understood.

Jerry West is Mr. Clutch. He’s The Logo. He’s a master architect, building teams behind the scenes. He’s also, at 79, a lifelong sufferer of depression. Or, as he calls it, the dark place.

“I’ve learned way more in my life through failure than I ever did from success,” he says. He didn’t feel the elation he thought he would when the Lakers won the NBA title at last in 1972. “All I could do right then,” he says, “was go back to the other losses.”

“I thought this was how all people felt,” he says. “I’ve always been different. But I like to think I’m different in a good way.”

Michael Phelps locked himself in his bedroom for four days three years ago. He’d been arrested a second time for DUI. He was despondent and adrift. He thought about suicide.

Family and friends — “a life-saving support group,” Phelps calls them — urged him to seek professional help. He got it. And now he wants others who are suffering from mental health issues to find the help they need.

Athletes may be at increased risk, according to research by Lynette Hughes and Gerard Leavey of the Northern Ireland Association of Mental Health, who found that factors such as injuries, competitive failure and overtraining can lead to psychological distress. An NCAA survey of athletes found over the course of a year that 30% reported feeling depressed while half said they experienced high levels of anxiety.

“For the longest time, I thought asking for help was a sign of weakness because that’s kind of what society teaches us,” Phelps says. “That’s especially true from an athlete’s perspective. If we ask for help, then we’re not this big macho athlete that people can look up to. Well, you know what? If someone wants to call me weak for asking for help, that’s their problem. Because I’m saving my own life.”

If you or someone you love is living with depression or anxiety, consider learning more about Segal’s clinical study opportunities. Fill out the prescreen form below or call (877) 734-2588 for more information.