Do You Know these Key Depression Risk Factors? 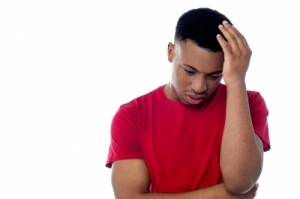 The precise causes of depression are still unclear, but most experts think that a combination of genetic, biological and environmental factors contribute to the widespread mental illness.

Certain things tend to set off depressive episodes for certain types of people. Here are some known depression risk factors broken down by demographic:

Whereas women are at higher risk for attempting suicide, men are more likely to die by suicide. As men get older, they tend to experience more symptoms of depression; they often hide their negative feelings from loved ones. Some risk factors in men include:

Depression in Children and Teens

Around 3 to 5 percent of people suffer from major depression before they reach the age of 18. Suicide is the third leading cause of death in adolescents.

Do you or someone you care for have depression? See if you qualify for Segal Institutes’ clinical research study on depression today!