David Archuleta Opens Up About ‘American Idol’ PTSD, His Relationship With His Dad & More 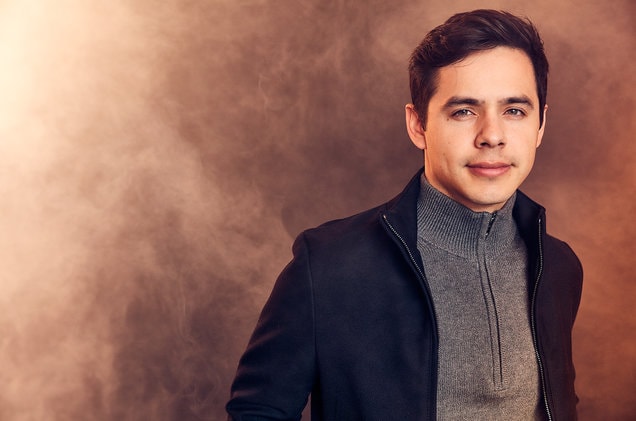 David Archuleta opens up in an interview with Yahoo! Entertainment posted Tuesday (Nov. 27) about his struggles with mental health, his relationship with his father and more following American Idol.

“You’re basically a character on a TV show, and parts of it are worked so that it fits the TV show — but they’re using your personal life,” Archuleta says about what he terms his post-traumatic stress disorder following season 7 of Idol. “So you become this character, but it’s with your own name, parts of who you actually are, but other parts that are portrayed in a way that you’re not actually. Then everyone feels like they know you, and they know what you are, and they know how to treat you, and have certain expectations. … This was years ago, right? But there’s still certain things about us that we still had certain little tics that we’re paranoid about certain things. … Eight, nine, 10, 11 years later, we’re still kind of stuck in some of those patterns of thinking.”

Archuleta was 17 years old when he competed on the reality show and he struggled especially after the series painted his father as a controlling manager. “I felt very guilty because of how it affected my family, because we loved our dad,” Archuleta admitted. “I love my dad too, and to be in the place where it’s constantly contentious and I was encouraged to question my dad — that’s what I feel like really hurt my relationship with my dad. And it made him feel really lonely.”

Archuleta says overcoming his feelings of isolation, paranoia and PTSD didn’t begin until fellow Idol contestant Melinda Doolittle suggested a therapist specifically for those who have been on reality television.

The former television star, now 27 years old, is finally comfortable with his family, confident enough to trust his father again and move on from his experiences. “We’ve all grown. We’re doing well. I feel like my family’s in a happy place again,” he said. “A lot of healing has taken place. … I love my dad. I have a good friendship with him. It made my family become stronger. I feel like we became a lot more bonded because we had to say, ‘Can we really trust each other?’ And we had to make that decision and say, ‘You know what? We’re going to trust each other, regardless of what other people think of us and what people say.’”

The American Idol alum is currently on tour promoting his recently released Christmas album Winter in the Air.