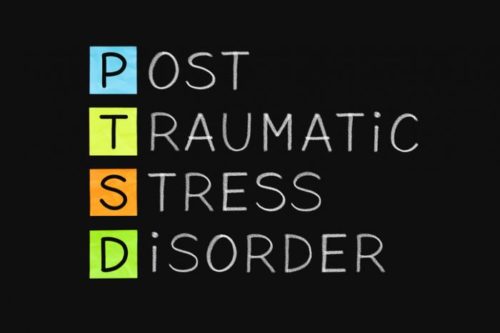 You may feel that you are on your own if you or a loved one has been diagnosed with Post-Traumatic stress disorder. However, PTSD is a common problem and many resources are available for people affected by this anxiety disorder.

Approximately 5 percent of people in the United States suffer from PTSD, and 8 percent of the population has had PTSD at some point. PTSD is generally caused by a traumatic event and is twice as likely to affect women as it is to affect men. The treatments for PTSD are highly effective at helping the affected individual, especially with the support of family members.

PTSD is generally caused by personally experiencing or witnessing a traumatic event. This can include a single event such as a serious accident, assault or sudden death of a loved one. Repeated experiences during childhood can cause PTSD such as abuse or neglect. Combat situations like being tortured, taken hostage or imprisoned can also cause PTSD. Less severe forms of stress such as getting divorced, being fired from a job or failing in school don’t usually cause PTSD.

A diagnosis of PTSD requires the patient to exhibit specific sets of symptoms that last for at least one month. These symptoms can be classified into three general categories. The patient may re-experience the traumatic event, which may take the form of flashbacks that occur while the patient is awake or nightmares when the patient is sleeping. The patient may also experience exaggerated physical or emotional reactions to events known as triggers. The second set of symptoms for PTSD is avoidance behavior of things that are related to the traumatic event. This also includes a loss of interest in related activities or feelings of detachment from other people. The third set of PTSD symptoms is an increased level of arousal, which includes sleeping difficulty, problems with concentration, irritability and an exaggerated startle response.

PTSD may be divided into subtypes including acute, chronic and delayed PTSD. The symptoms of acute PTSD last between one to three months and seriously impair the patient’s ability to function. The diagnosis may be changed to chronic PTSD when the symptoms last for longer than three months. Chronic PTSD is less likely to improve without treatment than acute PTSD, and these patients should seek treatment immediately. Delayed PTSD occurs when the symptoms recur after being absent for at least several months. This recurrence often happens on the anniversary of the event that initially caused the PTSD or when the patient experiences a similar event.

The treatments for PTSD may generally be divided into psychotherapy and medication. Some patients respond well to one treatment modality, while other patients require both modalities. Psychotherapy is usually the best treatment for PTSD when the symptoms are mild or when medication is contraindicated, as is the case in pregnant or lactating women. Some patients may have a medical condition that prohibits the use of psychoactive medication used to treat PTSD. Medication is more likely to be the preferred treatment for PTSD when the symptoms are severe or persistent. Patients who have other psychiatric problems may also benefit from medication, especially when psychotherapy has been ineffective by itself.

Family members can be an important part of a patient’s recovery from PTSD if they are good listeners and provide emotional support. They must avoid the temptation to simply tell patients to get on with their lives. Patients usually have the best chance of recovering from PTSD when they receive encouragement from family members to share the memories of the traumatic event.

The family members of a PTSD patient can also help the patient get rid of the guilt they often feel by telling them they are not to blame and are not alone. Family members must also have realistic expectations about a patient’s recovery from PTSD, while encouraging patients to seek exposure to triggers. Support groups are also a common method of helping patients and family members deal with PTSD. These support groups are available through a variety of organizations.

If you or someone you love is living with Post Traumatic Stress Disorder (PTSD), consider learning more about Segal’s clinical study opportunities. Fill out the prescreen form below or call (877) 734-2588 for more information.