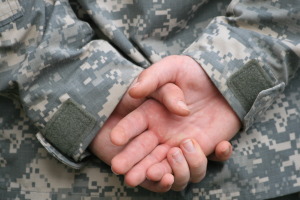 A new study based in Hawaii and the Pacific Islands has found a significant correlation between PTSD in veterans and increased risk of heart failure.

The study authors describe their findings as the “the first large-scale longitudinal study to report an association between PTSD and incident heart failure in an outpatient sample of U.S. veterans.” Previous research has indicated a strong link between PTSD and heart disease, but has not yet established a clear causal effect.

The study followed 8,248 veterans in the Department of Veteran Affairs’ (VA) Pacific Islands system over a period of seven year. About 21 percent had received a PTSD diagnosis. Of the 371 participants who suffered a heart failure, 287 were in the PTSD group; that means veterans with PTSD were 47 percent more likely to suffer from heart failure.

Combat experience, even without a PTSD diagnosis, increased a person’s risk of cardiac arrest by a factor of five. However, the researcher did not have sufficient data to take influences like combat theatre and racial or ethnic identity into account.

The researchers believe their findings points to the mounting evidence of the close relationship between mental and physical health. They note that the VA should use the study to plan more effective interventions for both PTSD and heart disease in veterans.

Do you or someone you care about have PTSD? See if you qualify for the Segal Institute’s clinical research study on PTSD today!