What Does PTSD Have to do with the Immune System? 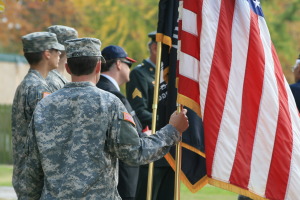 A joint US and UK research team has linked certain gene groups that regulate the body’s immune system responses to risk for post-traumatic stress disorder (PTSD).

Scientists extracted RNA sequencing transcripts from the blood samples of 188 U.S. Marines before and after a military deployment. They found that some PTSD genes also play a large role in the innate immune system and interferon signaling. The innate immune system is the body’s primary protection against infection, and interferon signaling is analogous to an alarm system that goes off whenever a cell notices a pathogen.

Interestingly, the researchers identified these gene groups both before and after Marines had served in a conflict zone. For principal investigator Dr. Dewleen G. Baker, the big question then became: what sets off the interferon signaling before the development of PTSD?

“The answer could be any number of factors,” she conjectures, “ranging from a simple explanation of increased anticipatory stress prior to deployment or more complex scenarios where individuals may have a higher viral load. It’s a question for future studies.”

According to most estimates, 6.8 percent of the U.S. population gets PTSD at some point in their lives. Traumatic events trigger the condition, including military combat, disasters, accidents, violent situations and sexual assaults. Researchers hope their findings could encourage the development of a genetic testing process for PTSD.

Do you or someone you have PTSD? See if you qualify for the Segal Institute’s clinical research study on PTSD today.