9 Facts to Know About Schizophrenia, Which Is Way Too Misunderstood 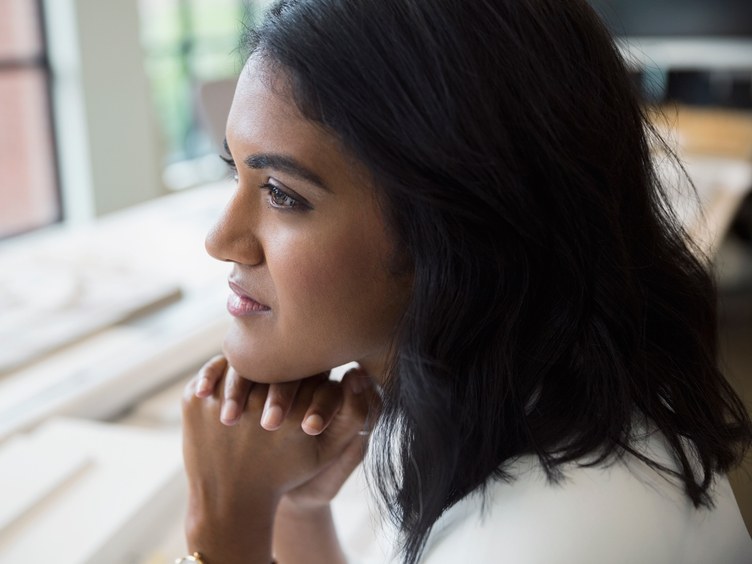 If you aren’t super familiar with schizophrenia, you might associate the condition with movies like A Beautiful Mind or episodes of Law & Order. But schizophrenia is a complex, widely misunderstood condition, and pop culture references to the disorder don’t always (or even usually) get it right. Here’s what you actually need to know about schizophrenia.

1. Yes, schizophrenia is a mental healthdisorder that can cause symptoms such as delusions, but there’s more to it than that.

According to the National Institute of Mental Health (NIMH), you can think of the symptoms of schizophrenia in three major buckets: positive, negative, and cognitive.

Positive symptoms encompass psychotic behaviors you don’t typically see in people without disorders like schizophrenia. They include:

Negative symptoms are ones that indicate a lack of feelings and behaviors you would see in many people without schizophrenia, such as:

Cognitive symptoms have to do with memory and thinking. They include:

2. Experts aren’t totally sure what causes schizophrenia, but it’s thought to be a combination of factors such as genes and brain chemistry.

People often point solely to factors like family dynamics as the origin of schizophrenia, Ananda Pandurangi, Ph.D., director of the Schizophrenia and Electroconvulsive Therapy programs at Virginia Commonwealth University’s Department of Psychiatry, tells SELF. “This is totally inaccurate,” Pandurangi says.

According to the NIMH, the condition is largely genetic; multiple genes might increase a person’s risk of developing schizophrenia. An imbalance in neurotransmitters such as dopamine and glutamate might also make a person more susceptible to this mental health condition. In addition, people with schizophrenia experience brain changes such as reduced gray matter. (Gray matter is brain tissue that helps with processing information, according to the National Institute of Neurological Disorders and Stroke.) Experts are still investigating to what extent this decrease in gray matter is involved with schizophrenia’s onset and trajectory.

Finally, components like mind-altering drug use as a teenager or young adult, prenatal exposure to viruses that can affect brain development, prenatal malnutrition, and psychosocial factors (meaning psychological and social issues such as childhood trauma) can also play a role. The takeaway: No single environmental or behavioral factor leads to schizophrenia.

3. Men are more likely to develop schizophrenia than women.

Of the 23 million or so people worldwide who have schizophrenia, the World Health Organizationestimates that 12 million are men and 9 million are women. Experts aren’t sure of exactly why this is, though they have some theories. One is that higher levels of hormones such as estrogen in women may help prevent imbalances in neurotransmitters like dopamine and glutamate that are implicated in schizophrenia. There’s also the idea that sex chromosomes may be a factor, though that’s still up for debate.

Not only are men more likely than women to develop schizophrenia, the two groups might experience the condition differently. For example, symptoms of schizophrenia generally emergebetween the ages of 16 and 30, but they typically begin in the early to mid-20s for men and the late-20s for women, according to the Mayo Clinic. (The later onset in women may be related to lower estrogen levels as women age.)

It also appears as though men and women can experience schizophrenia differently. For instance, men with schizophrenia tend to have more of those negative symptoms while women are more inclined to have mood-related symptoms, a 2010 paper in International Review of Psychiatryexplains. This may be due in part to neurotransmitters acting differently in people of different sexes.

4. People with schizophrenia are not inherently violent or criminals, no matter what you’ve heard.

A 2014 study in Law and Human Behavior found that out of 429 violent and non-violent crimes committed by people with mental illnesses, only 4 percent were directly related to schizophrenia-induced psychosis. (Three percent were directly related to depression, and 10 percent to bipolar disorder.) Other elements—mainly general risk factors for crime, regardless of a person’s mental health status—tended to weigh much more heavily, such as poverty, substance abuse, homelessness, and unemployment. Another issue is that people with schizophrenia are often unable to access the mental health treatment they need, as explained in this 2015 paper in Crime Psychology Review, which is not so much about schizophrenia as it is barriers to health care.

Furthermore, a 2011 study in Schizophrenia Bulletin noted that people with schizophrenia may be up to 14 times more likely to be victims of violent crimes than to be arrested for committing them.

“This is for a few reasons,” Aimee Daramus, Psy.D., a licensed clinical psychologist at Behavioral Health Associates in Chicago, Illinois, tells SELF. “[People with schizophrenia] are often attacked by people who are afraid of their eccentric behavior, such as talking, singing, or shouting at their hallucinations. People with schizophrenia also have high rates of homelessness, which puts them at risk of violence. And because they’re often focused on their internal world of hallucinations and delusions, they often aren’t paying attention to their surroundings.”

5. Schizophrenia is not the same thing as bipolar disorder or dissociative identity disorder.

The word “schizophrenia” came from the Greek “skhizein,” meaning “to split,” and “phren,” which translates to “mind,” the Oxford English Dictionary explains. But this literal meaning can cause confusion, so people may conflate schizophrenia with bipolar disorder or dissociative identity disorder.

Bipolar disorder, which is sometimes called manic depression, is a mental health condition characterized by extreme mood swings between highs (mania) and lows (depression), according to the Mayo Clinic. People with bipolar disorder may experience psychosis—one of the main components of schizophrenia—but it’s not common. And while schizophrenia can cause mood swings, that’s not a primary symptom.

There are also differences between schizophrenia and dissociative identity disorder (previously referred to as multiple personality disorder). Per the Mayo Clinic, people with dissociative identity disorder (DID) alternate between multiple identities and may feel like there are many voices inside their head vying for control. While schizophrenia can also cause delusions and hallucinations, they don’t necessarily revolve around various personalities the way they do with DID.

Here’s another way to think about it, if it helps: The “split” in schizophrenia refers to a split from reality during times of psychosis, not a split in identities or the split between extremely high and low moods.

6. People who have schizophrenia may be at a higher risk of other health issues, including premature death.

7. There’s no definitive diagnostic test for schizophrenia, so doctors will typically take a multi-pronged approach.

The fifth and most recent edition of the Diagnostic and Statistical Manual of Mental Disorders (DSM-5), which experts use as a blueprint for identifying different mental health conditions, lays out exactly what doctors should look for when it comes to schizophrenia. Diagnosis isn’t just about the symptoms, but also things like how long they last (a person must have at least two positive or negative symptoms for at least a month) and how they affect a person’s life, such as making it tough to maintain work, relationships, and self-care.

It’s also about ruling out other influences that can cause schizophrenia-esque symptoms, such as bipolar disorder and substance use. To do this, doctors might perform a physical exam, do drug and alcohol screenings, and conduct psychiatric evaluations to assess symptoms like delusions and hallucinations, the Mayo Clinic explains.

8. There’s not yet a cure for schizophrenia, but the available treatments make it possible to manage the condition.

The majority of people with schizophrenia can function well and have fulfilling lives if they undergo the recommended treatments to diminish or eliminate symptoms, Pandurangi says.

A lifelong regimen of antipsychotic medications is an essential part of managing schizophrenia, according to the Mayo Clinic. It seems as though the drugs, which come in pill or liquid form, might change the brain’s levels of dopamine in a way that lessens symptoms. It can take weeks to see a difference, though, and like drugs for many other mental health conditions, trial and error might be necessary to find the right course of treatment. Antipsychotics may also cause side effects such as tardive dyskinesia (a disorder that induces repetitive and involuntary movements), although newer ones generally come with fewer serious side reactions, the Mayo Clinic notes. Some people may also require antidepressants or anti-anxiety medication.

Therapy is another central component of schizophrenia treatment, along with other psychosocial methods. These methods can include training to help bolster people’s social skills so they can more fully participate in life, along with programs to help people with schizophrenia find and maintain employment. This type of lifestyle support is important for many people with the condition, the Mayo Clinic explains.

Research also suggests that electroconvulsive therapy (ECT) may be helpful for schizophrenia that isn’t responding well to other treatments. ECT has the potential to change a person’s brain chemistry by using an electric current to bring on short, painless seizures. A 2018 review of literature in Current Opinion in Psychiatry concluded that ECT is a promising potential treatment that warrants more research.

Beyond that, sometimes people with schizophrenia need short-term hospitalization to prevent them from harming themselves or others or allow professionals to assess how treatment is going.

9. Individuals with schizophrenia still face stigma surrounding their mental illness, and it’s on all of us not to add to it.

It’s normal to be nervous about things you don’t understand. But now that you do have a primer on schizophrenia, it’s hopefully a bit easier to recognize that people with this condition don’t deserve its often terrifying, violent portrayal. “Persons with schizophrenia are like anyone else,” Pandurangi says. “They are suffering an internal neurological chaos…and need an understanding and caring approach.”