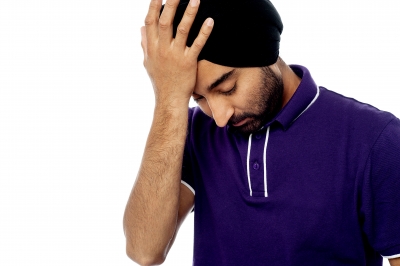 Scientists do not know the precise causes of schizophrenia. However, they do believe that certain genetic and medical factors interact with a person’s environment to bring about a schizophrenia diagnosis. Here are some of those key factors:

Schizophrenia clearly has a genetic component. For years scientists have observed that it runs in families. So having a close relative with schizophrenia puts a person at greater risk. 10 percent of people with a parent who has schizophrenia go on to develop the disease. If one identical twin has schizophrenia, the other twin has a 40 to 65 percent chance of also having it. Having an aunt, uncle, cousin or grandparent with the disease also elevates a person’s risk.

Scientists do not think that there is any single gene that determines schizophrenia risk. Instead, they suspect a combination of several identified genes could cause the disease. They are also currently investigating a gene that influences neurochemical activity as a possible trigger.

Moreover, researchers do not think genes alone can account for schizophrenia, but must interact with environmental factors to produce a schizophrenia diagnosis. Some studies have examined the effects of prenatal problems on schizophrenia risk, such as virus exposure or malnutrition, or issues during birth.

Although scientists are not yet certain, it seems that neurotransmitters, which facilitate correspondences between nerve cells, play a role in schizophrenia. Some imbalance in brain chemistry may set off the disease, possibly changes in dopamine and glutamine levels.

Some developmental neurobiologists believe that schizophrenia is a development disorder, caused by incorrect neuron connections during fetal development. These neurological errors could lie unnoticed until puberty. More research is being conducted to determine other prenatal risk factors.

Do you or a loved one have schizophrenia? Check out the Segal Institute’s blog for more facts and tips and consider joining one of our clinical research opportunities.