Study: One in Five Hysterectomies Unnecessary 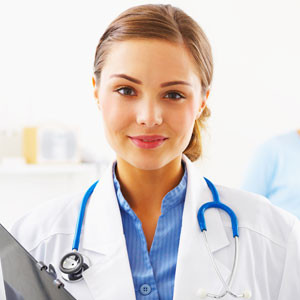 One in three women in the US will undergo a hysterectomy, the surgical removal of her uterus, before the age of 60. Although the number of these procedures has significantly declined over the past near-decade, a study in the American Journal of Obstetrics and Gynecology claims that many of the hysterectomies performed each year are medically unnecessary.

The study, conducted by scientists at the University of Michigan and Wayne State University, looked into the medical histories of 3,400 Michigan women who had received hysterectomies in 2013 and concluded that nearly one-fifth of the procedures were not necessary. The study shows that in 38 percent of the cases, doctors did not try alternative treatments for more benign diseases before they resorted to hysterectomies. Hysterectomies are standard procedure for risky diseases like uterine cancer; but for more benign conditions, like uterine bleeding or endometriosis, obstetricians recommend alternative treatments, such as hormone therapy or an IUD.

However, the claim that one-fifth of hysterectomies are unnecessary may be exaggerated. The study only focused on women with more benign uterine problems; it did not consider more than 2,600 who had hysterectomies for dangerous conditions like cancer, pelvic mass or prolapse. Additionally, hysterectomies are more prevalent in the Midwest and South than other parts of the country. Patients with male gynecologists also tend to have hysterectomies more often. All these factors could skew the Michigan study’s results.

Just because many of these hysterectomies were deemed medically unnecessary does not mean they were ineffective treatments. Women with smaller uteruses may not find IUDs or smaller surgeries as successful. Sometimes patients and doctors choose hysterectomy instead of trying a long succession of other remedies.

Get the knowledge to make informed decisions about your health. Learn more on our blog.