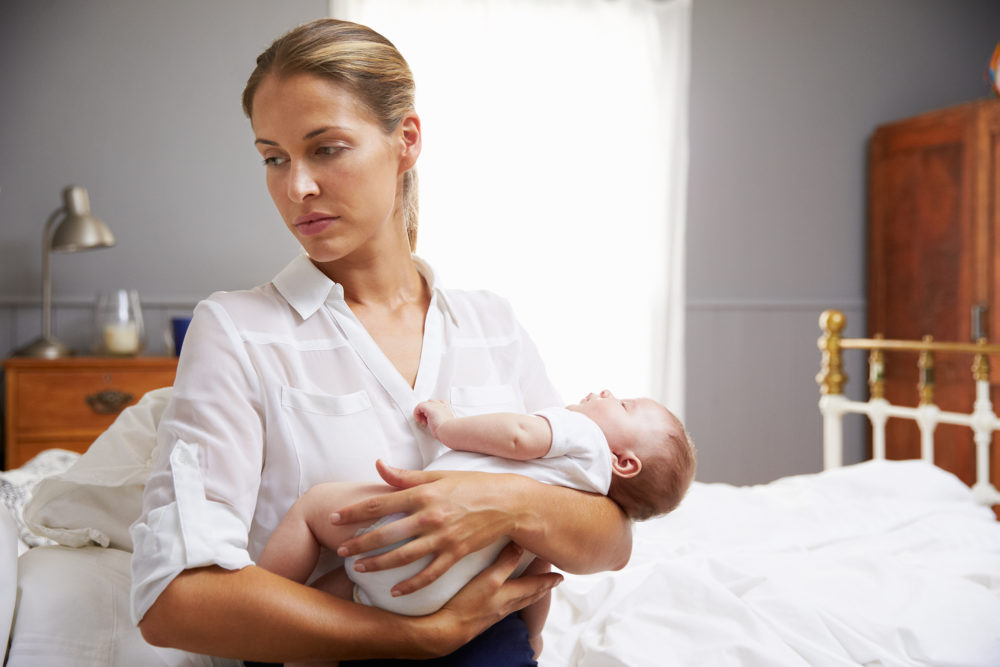 A new study has found that a baby’s sex can influence how much likelier his mom is of developing postpartum depression.

Conducted by researchers at the University of Kent in the U.K., the study looked at “the complete reproductive histories of 296 women from contemporary, low fertility populations gathered by retrospective survey” to find the link between PPD (also called postnatal depression/PND) and having a son or daughter.

Giving birth to a baby boy increased PPD/PND chances by a whopping 71 to 79 percent, while the study also found that having complications during delivery ups those odds by 174 percent.

“The finding that having a baby boy or a difficult birth increases a woman’s risk gives health practitioners two new and easy ways to identify women who would particularly benefit from additional support in the first few weeks and months,” said Dr. Sarah Johns, one of the researchers on the experiment, according to Science Daily.

Johns also said, “PND is a condition that is avoidable, and it has been shown that giving women at risk extra help and support can make it less likely to develop.”

Interestingly, women who were at higher risk of developing PPD/PND to begin with — that is, those who showed symptoms of depression, anxiety and stress — had lower odds of developing the condition after birth complications.

Johns and her co-researcher, Dr. Sarah Myers, concluded based on their study that their findings could help doctors be able to identify which women may need more support after giving birth.