We Need To Talk About Suicide – Anthony Bourdain, Kate Spade And Our Role 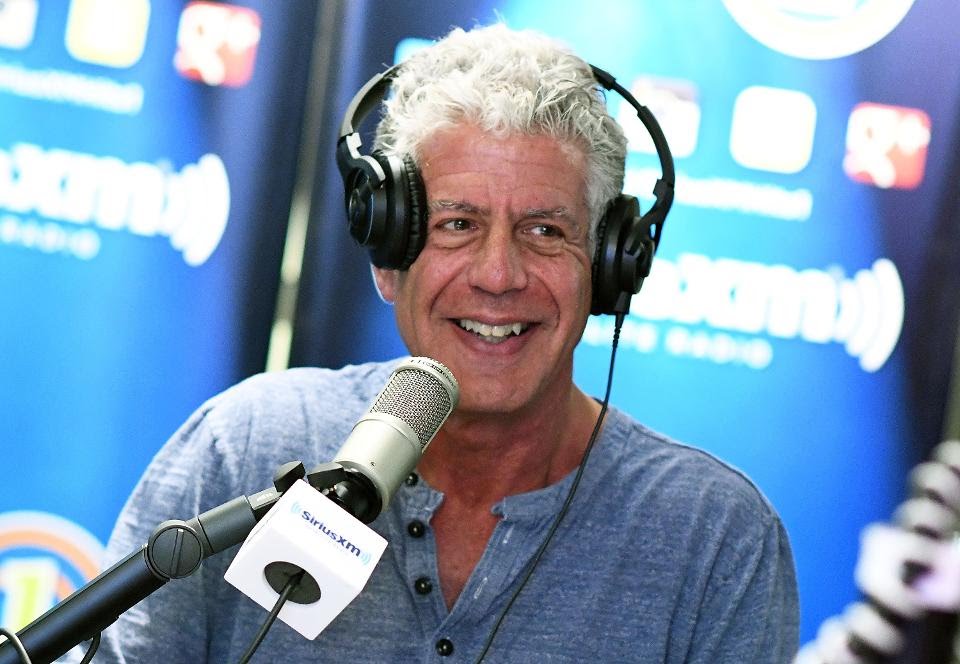 It’s always interesting, and sometimes infuriating, to see the conversations that take place following a suicide. There’s a confusion, an unwillingness to believe that someone would end their own life, that permeates the discussion.

Anthony Bourdain, a hugely successful chef and author, has died and it appears that he committed suicide. While many people are completely stunned today, a familiar dialogue has already begun on social media.

“I just saw a video of him laughing two days ago. Surely, something must have happened. He seemed too happy to kill himself.” “Why would he commit suicide? He was rich and famous!”

Similar sentiments were expressed when news broke earlier this week that designer, Kate Spade, had taken her own life. “But she’s got a 13-year-old daughter. Why would she just leave her child behind? This doesn’t make sense.”

It makes complete sense to anyone who has ever descended into the dark abyss of depression and anxiety. They’ve seen the disbelief, incomprehension and judgement from people around them first hand. They’ve lived through the inexplicable moments when their world has been filled with both joy and despair, simultaneously.

The living, those who continue to battle these emotional demons, have spoken the words, described the pain and bravely reached out for help — but, too often, there is a lack of understanding or compassion. This has to end.

In fewer than two decades, the rate of suicide has increased by more than 30 percent in half of America’s states. Additionally, the National Institute of Mental Health has shared that, in 2016, suicide was the 10th leading cause of death in this country.

According to the Anxiety and Depression Association of America, more than 18.6 percent of Americans suffer from anxiety and 6.7 percent live with depression. Considering the stigma that surrounds mental illness, it’s reasonable to assume that these numbers are actually higher.

Further, a recent study looked at the lives of more than 20,000 American adults. The results were heartbreaking. Among other revelations, it found that 46 percent of respondents felt alone either sometimes or always and that 43 percent felt that their relationships were meaningless. Even more devastating — 27% rarely or never felt as though there are people who really understand them.

Behavioral scientist Deborah Stone, explains, “Suicide in this country really is a problem that is impacted by so many factors. It’s not just a mental health concern. There are many different circumstances and factors that contribute to suicide. And so that’s one of the things that this study really shows us. It points to the need for a comprehensive approach to prevention.”

Reflect on Your Role

If you’re watching all of this unfold around you and are feeling helpless, you’re not alone. Many can relate. As this continues to become more common, don’t allow yourself to become complacent. In this age when we are overloaded with information on our phones all day every day, it’s easy to move on to the next story — but we have to do more.

Reflect on your own attitude about suicide and mental illness. In my role as a social sciences and psychology professor, I regularly encounter students who are shocked by the disparity between real facts and their own preconceived ideas about depression and anxiety. So often, they realize that their unintentional actions and unconscious beliefs contribute to a culture that minimizes the suffering of others. When we confront our own biases, we can help create change.

Think about how you respond to people in emotional crisis. Are you listening to understand? Are you putting yourself in their shoes? Are your opinions about their situation clouding your ability to provide support? When I worked answering phones for a suicide prevention hotline, almost every caller described feeling unheard and misunderstood. Many said they felt like a burden or an annoyance to those around them. As a collective, we need to do better.

We Can Fight This Together

No one should ever feel alone. We have to unite as allies to fight this darkness together. We can change the narrative by creating a culture of compassion.  We don’t have to understand the specifics of someone’s journey to show empathy and love.

Here’s how you can become the warrior we need in this battle right now:

The mantle of mental illness is heavy but, if we all work together to carry it, we can lighten the load. In order to be truly supportive, we have to challenge our own biases and beliefs, but it is absolutely worth the effort.

Our friends, family, coworkers and members of our community are dying. They are not weak — they are in need. We cannot stand by and let this continue. We cannot scroll past another tragic story and then move on with our day like nothing has happened.