Microblading Helped Me Stop Obsessively Pulling Out My Eyebrows 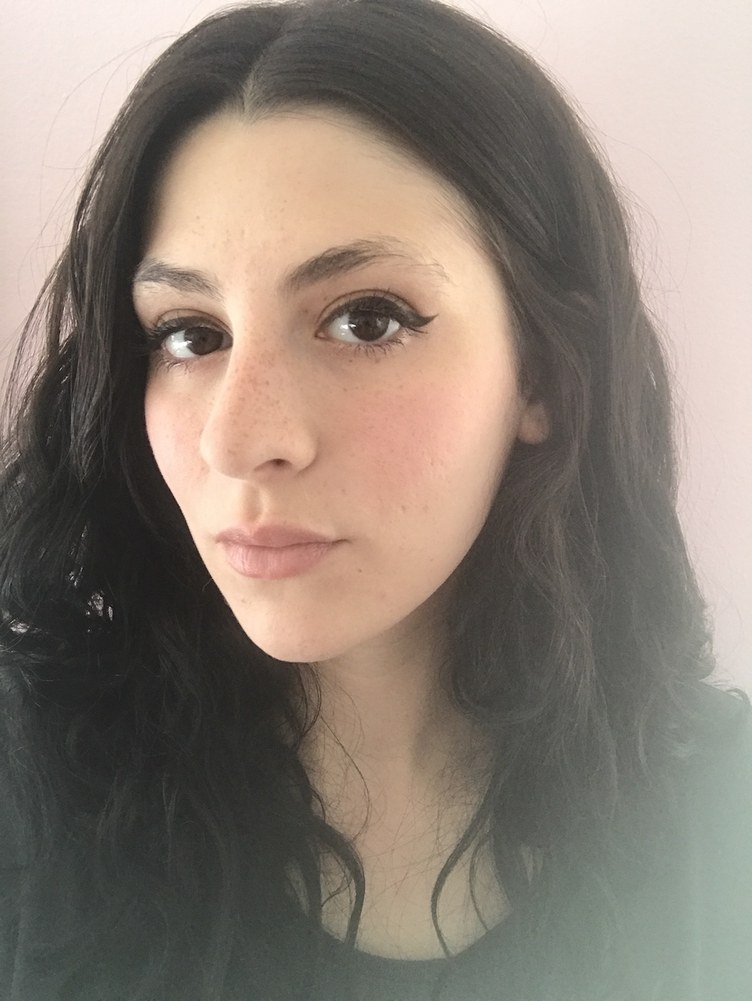 It freed me from the fear of being outed by my noticeable bald patches.

Fortunately, we live in a time when sharing your struggle with mental health is more than OK—it’s encouraged. I’ve sat in yoga classes, meditation circles, and even all-hands work meetings where stress, overwhelm, and mindfulness were discussed and dissected. My social media feed is peppered with influencers who share the daily ups and downs of depression. And earlier this year, Iconery’s delicate nameplate necklace featuring the word “anxiety”—meant to be worn proudly in order to normalize mental illness—sold out within hours.

But join in the mental health conversation by saying, “I obsessively pick my eyebrow hairs out, one by one, until my brows are bald?” That’ll still earn you some side-eyed glances.

Trichotillomania (aka, trich) is my personal struggle. A form of obsessive compulsive disorder defined by the uncontrollable urge to pull out one’s hair, trich is sometimes referred to as “hair-pulling disorder,” according to the Mayo Clinic. Those with trich could be compelled to pull out any hair on the body, but the most commonly affected areas are the scalp, eyelids, and brows. Consider it next-level nail biting or tooth grinding; an almost involuntary habit that’s difficult, if not impossible, to break.

Somewhere in the middle of my secret 15-year battle with hair pulling, I Googled it. I discovered the term trich, I found out that approximately 1 percent of the U.S. population has the same condition, and I learned that there’s no known cure (although different forms of talk therapy have been shown to help, according to the Mayo Clinic).

I picked my way through high school, college, career changes, dating, and even my wedding. The more stress I felt at any given time, the stronger my urge to pick. And as a woman who regularly falters under the pressure of society’s unattainable beauty standards, the feeling of shame and ugliness that stemmed from having my disorder emblazoned on my forehead—especially in the era of Cara Delevingne and Lily Collins–esque arches—was stressful enough to trigger a fresh episode.

The cycle was vicious.

True, I was always able to cover up “problem areas” with one of the million brow products on the market; but the process of applying, checking, and touching up my drawn-on eyebrows throughout the day only added another layer of obsessive to my obsessive compulsive disorder.

Then I stumbled upon microblading, “a form of tattoo artistry where pigment is implanted under your skin and hairlike strokes are drawn to mimic natural hairs in your brow,” according to Courtney Casgraux, the CEO and founder of Los Angeles’s GBY Beauty. And that’s when I found hope for a life that wasn’t consumed by trich.

“We have experience with clients that have had trich, alopecia, and even chemo,” Casgraux tells SELF. “The hairlike strokes look natural, and as long as you have medical clearance from your doctor, we are able to build you beautiful brows that last years.”

Of course, you don’t have to have a major health issue to partake in brow tattooing. “It’s a time saver,” Casgraux says. “Women who are constantly on the go love this since it’s one less thing they have to worry about.” Prices vary; in most areas, the initial microblading application can run between $500 and $650, but Casgraux notes it can reach up to $800 in places like New York City and San Francisco.

Personally, I didn’t take the decision to go “under the blade” lightly; I worried that my microblading technician might craft a pair of fake brows that were uneven or oddly placed; which, really, I might hate even more than being bald. But the potential to eradicate the trich-induced anxiety I felt on a daily basis was too compelling to pass up. Plus, microblading differs from tattooing in one major way: The results are semipermanent and only last one to three years.

At my appointment, the aesthetician and I discussed the look I was going for (natural and low-key) and she stenciled an outline over my brows for approval. Then came a numbing cream to dull the pain of the blade. And then, finally, there was the “carving” of short, hairlike strokes into the brow bone. Finally, pigment was applied to the area; it took about 30 minutes to sink into the skin. For best results, I was advised to avoid getting the area wet—from washing my face, sweating, or otherwise—for the next week.

I’m still brimming with happy tears over the result. My new brows look unbelievably natural and require no day-to-day upkeep at all. (Although Casgraux notes, “At GBY, we recommend that the client comes in once a year for a minor touch up to keep brows looking fresh.”) But the result I’m referring to is more than just physical.

Microblading has had an immeasurable impact on my mental health.

It’s freed me from the fear of being outed by my noticeable bald patches, and it alleviated some of the all-encompassing anxiety I felt around my appearance. In the year since my session, my picking episodes are fewer and farther between.

Trich isn’t curable—and microblading certainly isn’t an official treatment method—so I do still struggle with the urge to pull. But thanks to microblading, it’s mostly been replaced by a new obsession: Every time I pass a reflective surface, I can’t help but admire my full, fake, beautiful brows.