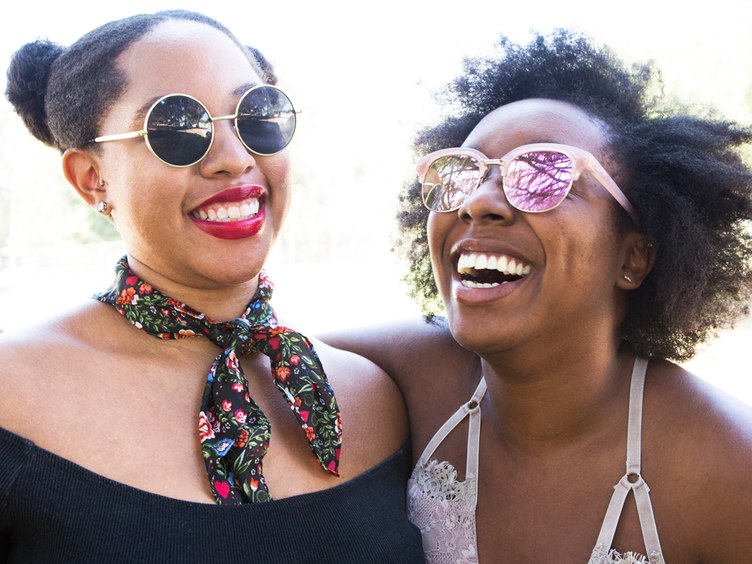 Knowledge is power, especially when it comes to your physical and mental health. Here are eight health conditions black women should be especially aware of, plus how to best prevent them.

These conditions often occur together or exacerbate each other, and they’re striking black women hard.

Lifestyle changes like eating better, exercising, and stopping smoking can prevent 80 percent of heart disease events and stroke and lower people’s chances of developing diabetes, according to the CDC. But clearly, that’s sometimes easier said than done.

Black women have a 1 in 9 chance of developing breast cancer; for white women the odds are 1 in 8, according to the American Cancer Society. But black women are more likely to die from the disease: White women’s probability of dying from breast cancer is 1 in 37, while black women’s is 1 in 31.

“The reasons why black women are more likely to die [from breast cancer than other groups] are very complex,” Adrienne Phillips, M.D., oncologist at Weill Cornell Medicine and NewYork-Presbyterian, tells SELF, citing “an interplay between genetics, biology, and environment.”

Much like metabolic syndrome, lowering your risk of getting breast cancer mainly comes down to exercising, maintaining a healthy weight, not going overboard on alcohol, and quitting smoking. And even though major organizations haven’t found a notable benefit from breast self-exams, many doctors strongly recommend you check your breasts monthly so you’re aware of any changes.

Research published in January in the journal Cancer found that not only are black women more likely to die of cervical cancer than women of other races, they’re also 77 percent more likely to die from it than experts previously thought. Prior estimates said 5.7 black women per 100,000 would die of the disease, but this new research puts the number at 10.1 per 100,000.

Timely Pap smears are wonderfully effective at preventing full-blown cervical cancer. “A Pap smear will detect pre-invasive cervical cancer, but…studies have shown women who are having Pap smears may not get appropriate follow-up,” Dr. Phillips says. “A number of barriers exist for proper follow-up, and African-American women may be more vulnerable.”

Black women are three times more likely than women of other races to get uterine fibroids, noncancerous tumors in the walls of the uterus, according to the Department of Health and Human Services Office on Women’s Health. Fibroids are largely genetic, and there’s no known way to prevent them.

“Most of the time, women don’t know they have fibroids because they don’t have symptoms,” Dr. Hutcherson says. “But when [the fibroids] start to grow or increase in number, they can cause a large number of problems, from pain to bleeding to miscarriages, to problems with urination and problems with bowel movements.”
When fibroids do make themselves known, the first sign is often heavy bleeding or pelvic pain, Dr. Hutcherson says.

These symptoms can have a lot of other causes, but if you do have fibroids, you and your doctors can work on a treatment plan. To tackle heavy bleeding and pelvic pain, your doctor may recommend hormonal birth control. But doctors can also perform a myomectomy to remove the fibroids or use techniques like uterine artery embolization and radiofrequency ablation to either block the fibroid from getting nutrients or shrink it.

If you’re done having children or are not interested in having them in the first place, as a last resort, doctors can perform a hysterectomy to put a definitive end to fibroids. Since this makes it impossible to get pregnant, it’s an incredibly delicate decision that varies from woman to woman.

Unfortunately, black women are particularly susceptible to going into labor too early. According to the CDC, the 2015 preterm birth rate in black women was 13 percent; for white women it was 9 percent.

“This is multifactorial—it can be affected by obesity, by stress, by diet, by increased vaginal infections, and the decreased access to care in some of our populations,” Dr. Hutcherson says. Women having access to prenatal care is incredibly important for slashing the risk of preterm birth, but when socioeconomics come into the picture, it becomes a complex situation with too few solutions. However, the CDC’s Division of Reproductive Health is working on a variety of state- and national-level initiatives to reduce preterm birth in all women.

This is an umbrella term for a collection of inherited, lifelong blood disorders that around 1 of every 365 black babies is born with, according to the CDC. Sickle cell disease is caused by a sickle hemoglobin, which happens when the structure of a person’s hemoglobin, the protein that carries oxygen to the red blood cells, is abnormal. Instead of being circular, their red blood cells can look like sickles, a C-shaped farming tool, Dr. Phillips explains.

Black women who are considering children should get screened for sickle cell no matter what, Dr. Phillips says. With proper care and caution to avoid complications, kids with sickle cell disease can live healthy, happy lives, Phillips says—it’s essential for their parents to get the proper education about how to keep them safe.

“It’s not like black women are having more sex than anyone else,” Dr. Hutcherson says. “Access to good preventive care is the crux of it—if [women] could see health care providers on a regular basis and be educated about what they should be doing to take care of themselves, we probably wouldn’t have as much of a problem.”

Economic insecurity is also an element—condoms and dental dams cost money, after all—as is a general reticence to discuss safe sex.

“There’s a stigma around talking about sex, so people engage in risky sexual activity without protection,” Dr. Hutcherson says.

In addition to the usual biological culprits that can contribute to mental illness issues, economic insecurity and racism can negatively impact mental health status in the black community. Overall, black people are 10 percent more likely to report experiencing serious psychological distress than white people, according to the Department of Health and Human Services Office of Minority Health.

Black women are especially vulnerable to wrestling with their mental health, consistently reporting higher feelings of sadness, hopelessness, worthlessness, and the sense that everything is an effort than white women do. “Black women are frequently the pillars of our community, taking care of everyone’s health but our own,” Dr. Phillips says. “But it’s very important for women to practice self-care and not forget about themselves when trying to be so strong.”

If you or someone you love is living with any of the conditions mentioned in this article, consider learning more about Segal’s clinical study opportunities. Fill out the prescreen form below or call (877) 734-2588 for more information.