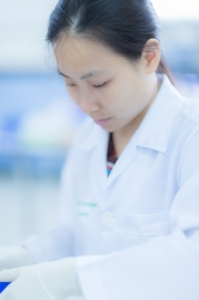 Past research has found connections between hot flashes and heart disease, but this study looks at hot flashes’ effect on blood flow problems in the brain specifically. The researchers recruited 20 middle-aged women and tracked their hot flashes over 24 hours with a device that measures skin conductance. They also took MRI scans of the women’s brains to look for white matter hyper-intensities, which scientists believe develop because of diseased blood vessels.

“Other factors like age and cardiovascular risk factors did not explain this effect, so these findings suggest there is a relationship between menopausal hot flashes and blood vessel changes in the brain,” said principal investigator Dr. Rebecca Thurston. “Further work is needed to understand whether one causes the other, or if hot flashes are a signal of some other vascular process that impacts brain health.”

Do you suffer from frequent hot flashes? See if you qualify for Segal Institute’s clinical research study on hot flashes today!