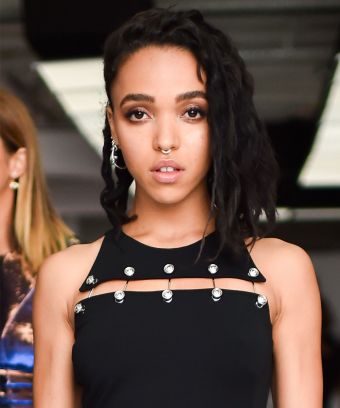 FKA twigs has been fairly absent from the limelight since her big project with Nike last year, and today she opened up about where she’s been. The British singer and dancer, whose real name is Tahliah Debrett Barnett, announced on Instagram that she had been dealing with painful uterine fibroid tumors and had undergone surgery in December to have them removed.

“I am a very private person as u all know and I have gone back and forth in my mind whether to share that this year I have been recovering from laparoscopic surgery to remove six fibroid tumours from my uterus,” she wrote in the caption to a video of herself dancing around a pole.

Fibroids are non-cancerous growths found in or around the uterus, and they’re extremely common — it’s estimated that between 20% and 50% of reproductive-age women have them (though not all are diagnosed), according to UCLA Obstetrics and Gynecology. The cause is not known, but they most commonly develop during women’s reproductive years when estrogen levels are at their highest, which is often close to menopause.

“The tumours were pretty huge, the size of two cooking apples, three kiwis and a couple of [strawberries],” twigs wrote. “A fruit bowl of pain everyday. The nurse said that the weight and size was like being six months pregnant.”

She said that while she “tried to be brave… it was excruciating at times and to be honest I started to doubt if my body would ever feel the same again.”

Around the time of her surgery in December, she revealed she was scared and felt alone, “despite lots of love from friends and family… and my confidence as a woman was knocked”.

“But… today whilst dancing with Kelly at the choreography house,” she wrote, referring to the video of herself dancing, “I felt like my strong self again for the first time in a while and it was magical. Thank you precious body for healing, thank you for reminding me to be kind to myself, you are a wonderful thing, now go create and be other once again.”

She continued: “I know that a lot of women suffer from fibroid tumors and I just wanted to say after my experience that you are amazing warriors and that you are not alone. You can get through this. And with this I let go of the pain… love always twigs.”

She has already received hundreds of supportive comments and tweets.