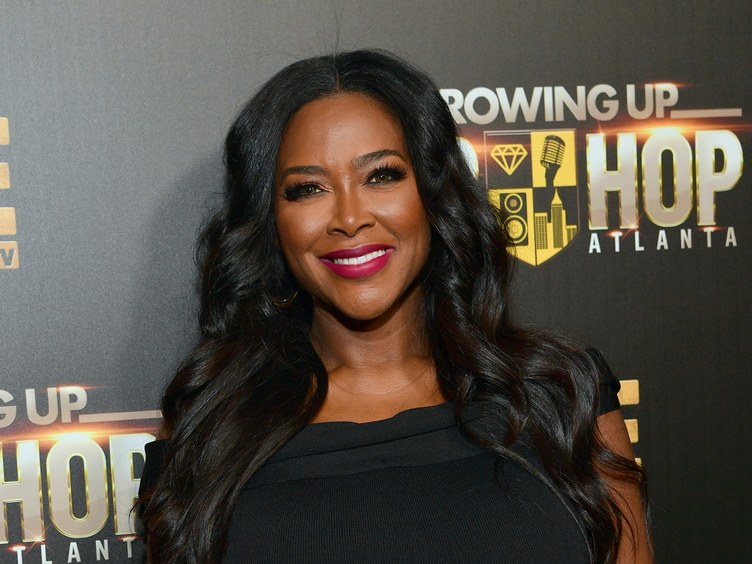 Real Housewives of Atlanta star Kenya Moore shared with fans in late October that her daughter Brooklyn would have to be delivered early due to preeclampsia, a condition that causes high blood pressure in pregnancy. Now, Moore revealed in a new interview that her delivery wasn’t easy either.

Moore, 47, told People that she had to have a three-hour emergency cesarean section and, because she had uterine fibroids, her doctors had to create incisions both horizontally and vertically.

“They couldn’t get the baby out,” she shared. “There were all these complications and they knew if they cut into a fibroid, I could potentially bleed out and die. So they ended up cutting me vertically too, to just get the baby out and make sure I survived the surgery. They were so scared they were going to lose me.”

Moore also said that her epidural ran out at one point and she needed anesthesia to put her out entirely. “When it was all over, my doctor said, ‘This was one for the books,’” Moore said. While Brooklyn was born six weeks premature, she’s a healthy baby, Moore added.

Unfortunately, people who have fibroids are more likely to have problems during their pregnancy and delivery.

Uterine fibroids are muscular tumors that grow in the wall of your uterus. They’re almost always benign (meaning not cancerous), according to the American College of Obstetricians and Gynecologists. It’s possible to have fibroids and not know it, but those who do have symptoms may deal with pain, heavy periods, vaginal bleeding when you’re not on your period, a feeling of pressure during sex, infertility, and miscarriages, ACOG says.

That doesn’t mean you’re guaranteed to have issues—most women with fibroids have normal pregnancies, Brett Worly, M.D., an ob/gyn at The Ohio State University Wexner Medical Center, tells SELF. Fibroids can be “small and inconsequential,” he says. But bigger fibroids, which are less common, are more likely to cause issues during pregnancy, he notes.

Compared to those who don’t have fibroids, women who do have them are more likely to need a C-section, to have a breech baby (meaning the baby is not positioned well for a vaginal delivery), to have a labor that doesn’t progress, to experience placental abruption (a condition in which the placenta breaks away from the wall of the uterus before delivery), or to have a preterm delivery, according to the U.S. Department of Health and Human Services’ Office on Women’s Health.

People who have large fibroids in particular can have trouble with vaginal deliveries because they can impact their ability to deliver the afterbirth or placenta, Dr. Worly says. “Sometimes fibroids can be removed at the time of C-section,” he says, but other times “fibroids cannot be removed based on their location or blood supply,” he says.

Their location can affect the delivery as well: “Sometimes if they grow in the lower part of the uterus, they can block the cervix—the ‘escape route’ for the baby—and you end up needing a C-section to get the baby out,” Mary Jane Minkin, M.D., a clinical professor of obstetrics and gynecology and reproductive sciences at Yale Medical School, tells SELF.

C-sections can be a little more complicated with fibroids.

“Fibroids can make it tough to enter the uterus [with a C-section], and they can grow during pregnancy,” Dr. Minkin says. “So if you have a big, bulky fibroid, it can be a problem getting around it to get to the baby.”

Fibroids also have a solid blood flow and that can get even more significant during pregnancy, when a woman’s blood supply is greater than normal, Jessica Shepherd, M.D., a minimally invasive gynecologic surgeon at Baylor University Medical Center at Dallas, tells SELF. “When you make an incision during pregnancy, the woman has the potential to lose a lot more blood than usual because of the fibroids,” she explains.

This isn’t always the case, though—Dr. Shepherd says that the location of a woman’s fibroids, how large they are, and whether she’s had previous surgeries (which can create adhesions that are difficult to navigate around) all factor in to how complicated and lengthy a C-section will ultimately be. For the record, though, a three-hour C-section is definitely on the extreme end and “very uncommon,” Dr. Worly notes.

That said, having fibroids obviously isn’t a guarantee that you’re in for a complicated delivery. The most important thing is that you work with your doctor to make sure things go as smoothly as possible.