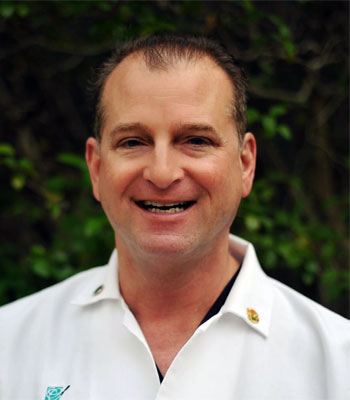 Dr. Chavoustie served in the military as an active duty Air Force Officer in the Medical Corps. He received the Air Force Commendation Medal for Meritorious Service for his role as Chief of Obstetrics and Gynecology and Medical Readiness Officer.

Dr. Chavoustie holds dual faculty appointments at the University of Miami Miller School of Medicine both as Voluntary Assistant Professor of Obstetrics and Gynecology and Family Medicine and Community Health. He teaches clinical skills, provides didactic lectures in obstetrics and gynecology, biomedical engineering and directs the clinical pelvic and breast exam module for all second year medical students. He has been selected many times as one of the “Best Teachers” by the medical students.

Dr. Chavoustie is the medical director of a non-profit organization called “Medical Students in Action” that offers medical and preventative care and education to the underserved communities in the rural areas of the Dominican Republic. He travels yearly with his medical students where he evaluates and treats over 1500 patients per week for most medical conditions. In addition, he volunteers as the staff gynecologist to several free community health clinics in the impoverished Miami-Dade-County area.

Dr. Chavoustie has conducted  numerous Phase I-IV clinical trials in inpatient, outpatient, nursing home facilities and international global health studies, 7 of which trials he has composed protocols. He joined Segal Trials as an Investigator in 2007. He has conducted and continues to conduct clinical research trials in the area of most women’s health, general medicine and addiction medicine. His expertise with implantable drug delivery systems led him to be the Implant Medical Monitor for several Phase III clinical trials.

Dr. Chavoustie’s most recent accomplishment was when he presented the clinical safety data to the FDA Psychopharmacologic Drugs Advisory Committee (PDAC) IN March 2013.