Dealing with ADHD: What You Need To Know 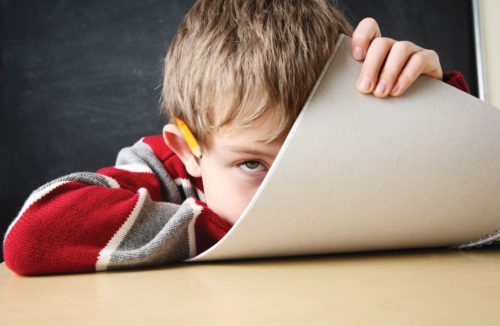 This disorder often begins between ages 3 and 6, according to the National Institute of Mental Health (NIMH). And it’s not just a childhood disease. ADHD may continue through the teenage years and into adulthood.

There are three types of ADHD:

Studies show that the number of children being diagnosed with ADHD continues to increase, according to the Centers for Disease Control and Prevention (CDC). About 11% of children ages 4 to 17 (6.4 million kids) have been diagnosed with ADHD as of 2011, up from 7.8% in 2003, according to the CDC. Child psychiatrist Tiffany R. Farchione, M.D., who reviews drugs at the U.S. Food and Drug Administration (FDA) to treat ADHD, says that increase might be because of greater public awareness of the disorder and psychiatric illnesses in general.

Boys (13.2%) were more likely than girls (5.6%) to have ever been diagnosed with ADHD. Boys also are more likely to have the hyperactive-impulsive type, which is easier to spot than the quieter child who is inattentive, says Farchione.

If you suspect your child might have ADHD, see your family doctor or pediatrician. Your child’s vision, hearing, and anything else that may contribute to inattention should also be checked. The doctor may diagnose ADHD or refer your child to a mental health specialist for evaluation.

FDA has approved two types of medications—stimulants and non-stimulants—to help reduce the symptoms of ADHD and improve functioning in children as young as age 6.

It may seem counterintuitive, Farchione says, but despite their name, stimulants, which contain various forms of methylphenidate and amphetamine, actually have a calming effect on hyperactive children with ADHD. They are believed to increase brain levels of dopamine—a neurotransmitter associated with motivation, attention, and movement.

FDA has also approved three non-stimulants to treat the symptoms of ADHD: Strattera (atomoxetine), Intuniv (guanfacine), and Kapvay (clonidine). These provide a useful alternative for children who do not tolerate stimulants well. Talk with your health care professional about what medications may be best for your child.

In addition to medication, some children with ADHD receive behavioral therapy to help manage symptoms and provide added coping skills. Moreover, concerned parents can reach out to their children’s schools and community support groups for information and guidance on how to cope with ADHD behavior. “It’s helpful to engage with the different individuals who are involved in a child’s life when managing the disorder,” Farchione says.

Studies suggest that about 4% of adults may have ADHD. For adults, the symptoms are the same as those in children but might show up somewhat differently. Adults with ADHD may have poor time management skills and trouble with multitasking, become restless with downtime, and avoid activities that require sustained concentration.

A diagnosis of ADHD in an adult is given only when it’s known that some of the symptoms were present early in childhood, usually under the age of seven.

“For some adults, a diagnosis of ADHD can bring a sense of relief,” says Farchione. Receiving a diagnosis allows adults to understand the reasons for their problems, and treatment can help them to deal with challenges more effectively.

If you or someone you love is living with Attention Deficit Hyperactivity Disorder (ADHD), consider learning more about Segal’s clinical study opportunities. Fill out the prescreen form below or call (877) 734-2588 for more information.