Inside the Brain with Alzheimer’s 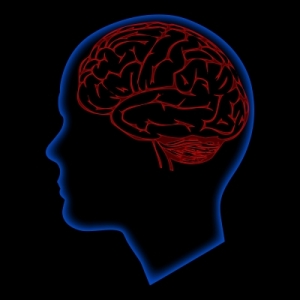 Nearly five million people in the U.S. suffer from Alzheimer’s disease, which causes a progressive decline in a person’s memory and cognitive faculties. Scientists do not know precisely what causes Alzheimer’s. But here is what neurologists do know:

A hallmark sign of Alzheimer’s is beta-amyloid plaque buildup. Beta-amyloid is a critical brain protein; it is known to begin clumping and congealing long before symptoms appear. After a while, the plaque blocks signals between nerve cells.

The buildup of plaque in Alzheimer’s messes with signaling across neurological pathways. It also causes an imbalance of critical chemicals called neurotransmitters. As a result the brain loses track of thoughts, memories, feelings, and rationality.

Beta-amyloid plaque can set off an excessive reaction from microglia, the brain’s first line of immune defense. The resulting inflammation can harm cells even more.

Shrinking of the Brain

In later stages of Alzheimer’s, the surface of the cerebrum shrinks dramatically, undermining even basic cognitive functioning. Alzheimer’s also shrinks the hippocampus, which contributes to the creation of new memories.

Do you or someone you love have Alzheimer’s? Help us move Alzheimer’s research forward. See if you qualify Segal Institute’s clinical study on Alzheimer’s today.