Carrie Fisher is best known for her role as the heroine Princess Leia in the original Star Wars trilogy, recently reprised in Star Wars: The Force Awakens. She’s also a hero to the bipolar community, rebelling against mental illness stigma and fighting for more funding to treat mental illness. 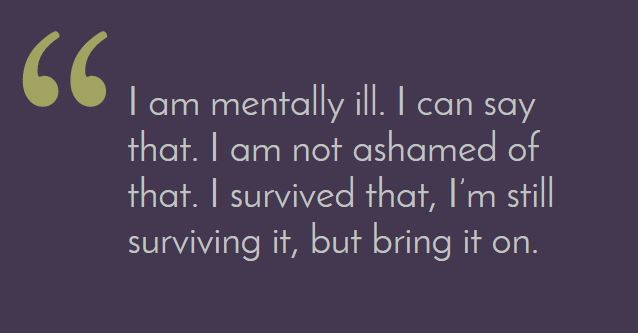 Fisher was born to celebrity parents and had a dysfunctional, tumultuous Hollywood childhood. She stepped into the family business of stardom at a young age; she was just 20 when the first Star Wars movie premiered and catapulted her to fame. The mix of underlying bipolar disorder, her childhood, sudden rise to fame, and the hard partying environment of the 70s and 80s predicated Fisher’s struggles with serious drug and alcohol addictions. She was diagnosed with mania in her mid-20s but she rejected it, convinced all her problems stemmed from the alcohol and drug abuse. Her abuse landed her in rehab, at age 28 where she was officially diagnosed with bipolar II.

After accepting her diagnosis and finding the right routine and treatment regimen, Fisher found balance and normality in her life with bipolar. Pursuing sobriety and assembling a strong support system are two keys to managing bipolar that Fisher stresses.

Fisher uses her life experiences as inspiration for creative projects. She finds humor in what she’s been through and has written novels, produced movies and one-woman shows about her life. Fisher has been completely open and frank about her bipolar disorder in interviews for more than 10 years, at first during a time when disclosing mental illness was unheard of. She makes many appearances at mental health events, and lobbies for more government funding for mental illness treatment.

If you or someone you love has been diagnosed with bipolar disorder or struggles with addiction and are interested in participating in a research study, please fill out the prescreen form below or call (877) 734-2588.